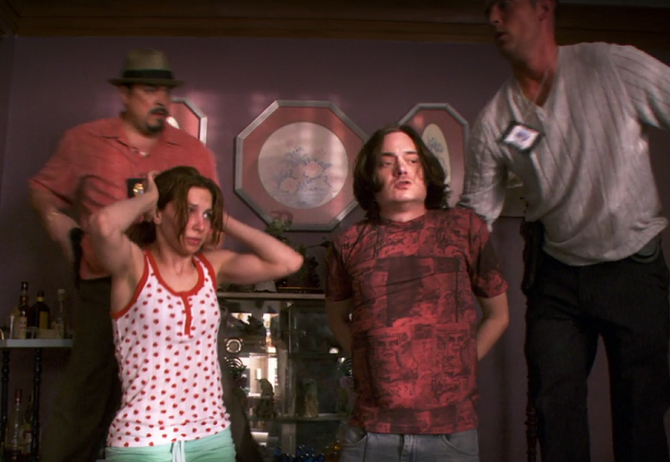 Zack Adelman is a character in Season Three of Showtime's series DEXTER.

He is a drug user and a parolee with connections to Fred Bowman aka Freebo and Chicky Hines.

Prior to the start of Season Three, Zack was busted with his drug dealer, Freebo. After that, Zack and Freebo didn't see each other for two years, during which time Zack started hanging out with Chicky Hines. When Chicky was arrested for a carjacking/homicide, Zack knew that he was innocent, and the identity of the real killer. However, Zack didn't provide an alibi to help Chicky, who was then falsely convicted of murder.

When Detective Joey Quinn and Sergeant Angel Batista questioned Zack in an attempt to find Freebo, they found Zack (and his girlfriend) in possession of illegal drugs. Zack offered the information that could prove Chicky Hines innocence if they would not arrest him. The evidence was vetted and verified but ADA Miguel Prado refused to use it. Later, Maria LaGuerta gave the file to Attorney Ellen Wolf so it's likely that Hines was eventually released from prison.

Add a photo to this gallery
Retrieved from "https://dexter.fandom.com/wiki/Zack_Adelman?oldid=86765"
Community content is available under CC-BY-SA unless otherwise noted.