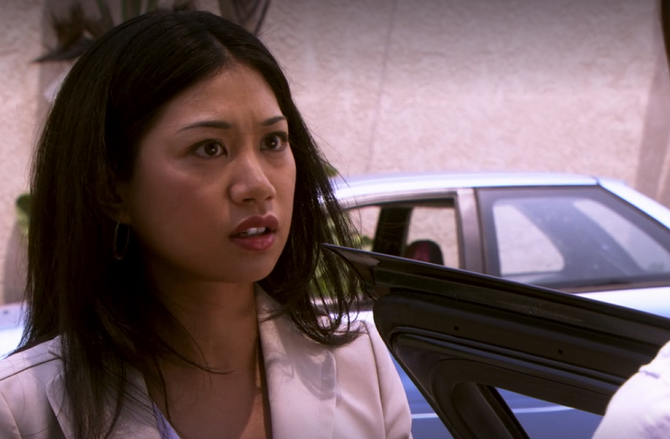 She is an Internal Affairs Sergeant who previously worked as a Detective with Joey Quinn in Narcotics.

She is an attractive Asian-American woman with brown eyes and black hair.

Yuki has a personal vendetta against Joey Quinn, and she is focused on investigating him. In her quest for information, she results to mocking and shaming Debra Morgan for her refusal to be a "rat."

Yuki used to work in Narcotics and was partnered with Detective Joey Quinn. Detective Stewart was also on their team. Quinn knew that Stewart had a problem with crystal meth but, instead of turning him in, Quinn kept quiet to protect him.

Due to his drug use, Stewart made a bad judgement call and shot an unarmed coke dealer (paralyzing him). Stewart then went on a bender and shot himself in the head. After this, Yuki transferred to Internal Affairs with the specific intent to get Quinn off the force. At an unknown point, she was promoted to Sergeant.

After Quinn transfers to Homicide, she decides to use Officer Debra Morgan to snitch against Quinn in exchange for a detective's badge. Even after Debra repeatedly refuses to be a "rat," Yuki persists in seeking her help, and won't take no for an answer. Yuki pressures Debra with constant phone calls, texts, and unexpectedly shows up at various places. She even goes so far as to threaten Debra that she will spread the word that Deb was completely cooperative, which would give her the reputation among other officers as a rat, anyway.

Yuki's behavior, however, backfires as Debra tells Quinn about her investigation and he has it shut down. Yuki then stops by one last time at the station to confront Debra about telling Quinn. She explains why she has such a low opinion of Quinn, saying that he is responsible for a cop's death. Later, Debra asks Quinn about Stewart and he admits it is true, but complicated. 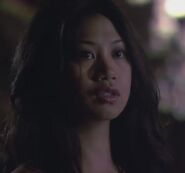 Yuki talking to Deb from her car

Last time Deb sees Yuki
Add a photo to this gallery
Retrieved from "https://dexter.fandom.com/wiki/Yuki_Amado?oldid=112084"
Community content is available under CC-BY-SA unless otherwise noted.