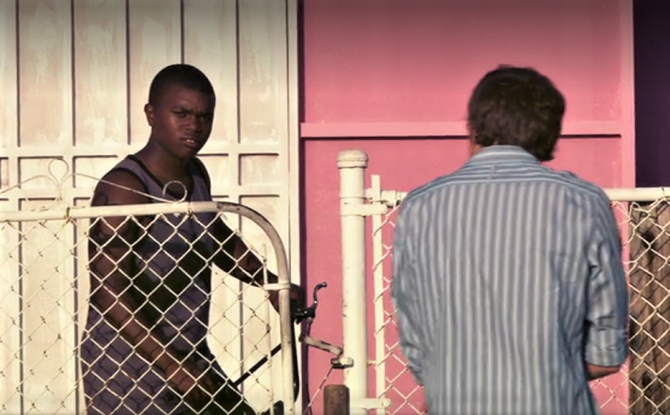 Wendell Owens is a character in Season Three of Showtime's series DEXTER.

He is the doorman for Fred Bowman aka Freebo, a drug dealer. Debra Morgan tries to convince Wendell to give her information about Freebo..

As Dexter Morgan approaches Freebo’s house pretending to be a junkie, a lookout kid whistles loudly to Wendell. Instantly, Wendell rides up on his bike to vet Dexter and make sure that he is not a cop. At first, Wendell acts like Dexter has the wrong place but, when Dexter says that he will go elsewhere to buy heroin, Wendell rings the doorbell and says, "Ding, ding." The door opens, Dexter enters the house, and meets Fred Bowman.

After Freebo's disappearance, Wendell stays under the radar until he is tracked down by Debra Morgan and brought into the station by police officers. Since Wendell is a minor, she isn’t allowed to question him without parental consent. While waiting for his mother’s permission, they begin to establish a rapport under the watchful eye of Joey Quinn. She even buys Wendell burgers and fries.

While Debra is away from her desk, Wendell’s mother arrives at the station and Quinn releases him into her custody. When Debra notices that Wendell is missing, she directs anger at Quinn. He insists that his mother will never allow Wendell to talk to the police because she believes it will put his life in danger. Meanwhile, Dexter stays out of sight of Wendell, in case he recognizes him.

Later, Debra parks her car in front of Wendell’s house and hands him her card so that he can call her off-the-record. Wendell mentions that Freebo owes him money, as well as a larger sum to someone else. While they talk, The Skinner is secretly watching them, and he later captures Wendell to interrogate him.

Wendell’s still warm body is found and Debra feels extreme guilt that he may have been murdered because she talked to him. Vince Masuka states that Wendell died three hours ago and describes the grisly manner by which he died. Unlike the previous Skinner victims, who were strangled after being skinned, Wendell died from the skinning process itself, which removed areas of skin from his left arm and chest.

After Wendell's death, his mother finds Debra's business card in his pocket and calls Debra. Mrs. Owens claims that she has additional information concerning her son’s case. However, when Debra and Joey Quinn arrive at her house, she is enraged. She throws Debra’s card at them, and blames Debra for Wendell’s death because she talked to him against her wishes. 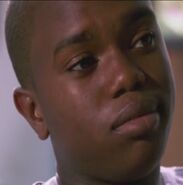 Wendell's corpse after being skinned alive
Community content is available under CC-BY-SA unless otherwise noted.
Advertisement