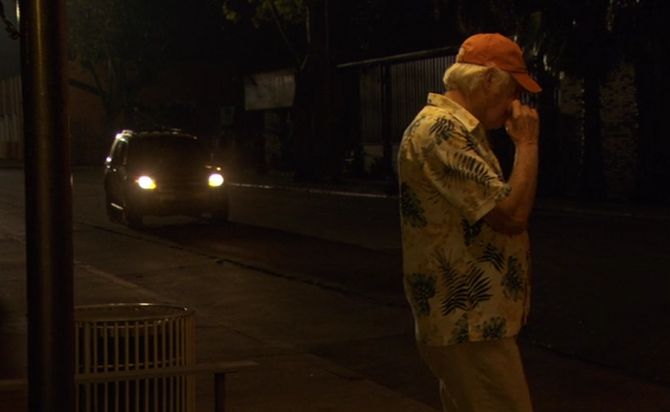 Walter Kenney aka The Tooth Fairy Killer is a character in Season Six of Showtime’s series DEXTER.

Once an infamous serial killer, Walter eventually retires from both his work and his murderous ways. However, his desire to kill resurfaces in his old age, leading Dexter Morgan to target him. What Dexter finds, however, is a foreboding of what may happen to him in the future.

Walter has aged with the years, now having white hair, wrinkles, and a bit of additional weight. The lateral incisor on the left side of his mouth is actually a dental implant.

Walter is an arrogant, crude man, with the attitude of someone who is tired of life and other people. His frequent snide comments often include a curse word. He is a grouch in every sense of the word. Apparently, he only cares about playing golf in his retirement.

Attracted to younger women, Walter often stared lustfully at them while fiddling with his loose, implanted incisor. He even has Dexter purchase pornographic magazines for him -- Teen Ass, Nipple Parade, and Spanked.

Walter Kenney was born to Melinda Kenney and an unknown father in Salem, Oregon. During his early childhood, he lived at at 372 S. Kellen Blvd.

On 16 January 1947, at the age of nine, Walter’s mother, Melinda, abused her son by hitting him repeatedly. (Dexter remarks that it happened in public, but the article states that it happened at home.) A neighbor called the police when he heard screaming, crying, and breaking glass. Walter had bruising on his face, back, and abdomen. Medical personnel found evidence of long-term abuse, and Child Custody Services took him to the hospital. The beating had caused Walter’s left lateral incisor to be knocked out. His mother was arrested for Felony Child Abuse.

As an adult, Walter married and they had a son. To make a living, he worked as a pipe fitter for over 25 years (which, according to him, was a "shit job").

During the 1980s, Walter moonlighted as a serial killer across the state of Oregon. He targeted prostitutes whom whom he viciously beat and strangled to death. His trophy of choice was a lateral incisor (like the one he lost during his mother’s beating). After he ripped out his victim’s tooth, he dumped her body alongside a roadside. One of his victims was left on the deputy sheriff's lawn, which the police believed was a direct challenge to their detective work at the time.(It turned out the real reason was that he was drinking.)

During his youth, Dexter viewed The Tooth Fairy Killer as a role model. He kept a notebook from 1979 - 1991, with newspaper clippings of his crimes, and a cartoon sketch of the unknown killer.

In 2006, Walter retired and moved away from the cold state of Oregon to Florida. Settling in Miami, he moved into the Coral Island Retirement Village. He lived on his pension while satisfying his love for golf.

After five years of living in Miami, Walter is bored and misses the thrill of killing. A block away from his retirement home, he attacks a prostitute named Rosalia Davalos. Due to his advanced age, it takes him over ten minutes to kill her. He tries for another twenty minutes to remove her tooth, but only cracks it.

At the crime scene the next day, Dexter notices Rosalia’s broken lateral incisor and wonders if it is the work of The Tooth Fairy Killer. Realizing his now age, Dexter checks out the nearest retirement home. He sets his sights on Walter Kenney, a former resident of Oregon.

Dexter befriends Walter, playing golf with him and driving him to errands. Nearly certain that Walter is the killer, Dexter breaks into Walter’s storage unit and finds a box of teeth -- his trophies. Dexter is severely disappointed that one of his idols is such a disgusting and pathetic man.

Dexter, however, underestimates Walter, who discovers Dexter’s real name and that he works for Miami Metro. To set a trap, Walter calls Dexter to pick him up, pretending that he missed the bus. Dexter finds Walter waiting alone on a dark street, smoking a cigarette. Once Walter enters the car, he points a gun at Dexter’s head. Displaying his cruelty, Walter threatens to rip out every one of Dexter's teeth. To regain control of the situation, Dexter crashes his car into a fence and succeeds in capturing Walter.

He takes Walter to his own room at the retirement village and straps him to his recliner. Now caught and tied down, Walter admits to being clumsy in his kill of Rosalia Davalos. He also, laughing, reveals that the dumping of the body on the deputy sheriff's lawn was nothing more than being too drunk to make it to a highway. He calls out Dexter on his own lifestyle, and compares his ritual of taking teeth to Dexter’s blood slides. Walter warns Dexter that he will end up exactly like him, but Dexter refuses to believe it.

Walter soon accepts his fate and is excited that his son will learn that he is The Tooth Fairy Killer. Dexter, remembering his own son, chooses instead to destroy Walter’s legacy and hide the truth. He suffocates Walter with a pillow, making it appear that he died of a heart attack. Walter is last seen on a gurney, being taken away by paramedics and loaded into an ambulance. His box of teeth is later discarded by Dexter into the ocean.

The Tooth Fairy Killer took an unusual trophy from his victims -- the lateral incisor, ripped out postmortem. It was the same tooth that he lost as a child from a beating by his mother.

Walter: “Worst mistake I ever made was moving down to this piss-butt corner of the country.”
Dexter: “How bad can it be? It’s the Sunshine State.”
Walter: “Only sunshine around here is what they blow up your ass. The rest is mosquitoes, humidity, and people that don’t speak English.”

Dexter introduces himself to Walter

Dexter helps Walter when he injures himself golfing

Dexter arrives to pick up Arthur who isn't yet ready

Photo of Walter Kenney and his son

Dexter finds Walter's trophies, a box of teeth, inside his storage unit 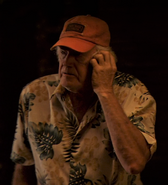 Walter holds a gun on Dexter

Before he dies, Walter warns Dexter he will end up the same as him
Add a photo to this gallery
Retrieved from "https://dexter.fandom.com/wiki/Walter_Kenney?oldid=104931"
Community content is available under CC-BY-SA unless otherwise noted.