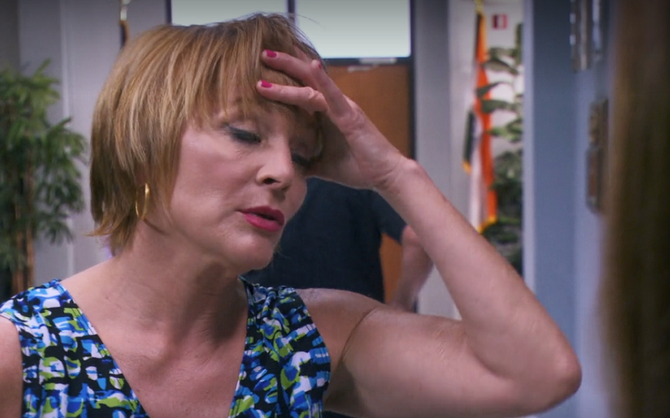 Valerie Hodges: One of Harry's C.I.s and Lovers

Valerie Hodges is a character in Season Four of the Showtime series DEXTER.

She was a confidential informant (C.I.) for Detective Harry Morgan and later one of his lovers.

While Harry was working as a police detective, he recruited Valerie to be a confidential informant for the Miami Metro Police Department. At an unknown point, they became romantically involved. Harry later broke up with her when he began seeing Dexter's mother, Laura Moser. Valerie did not take it well and held a grudge against Harry for many years.

During Debra Morgan's search for the female CI that her father had an affair with, she places a call to Valerie Hodges but the latter is out on a cruise ship. After a month, Valerie responds and she and Debra meet for coffee. Valerie reveals that she and Harry did sleep together but she was just one of many. She adds that Harry picked his C.I.s based on how attractive they were. Debra is taken aback, never having known this side of her father.

Valerie returns to the station and apologizes to Deb for badmouthing Harry, explaining that she still hurts from when he broke up with her for another woman. She can't remember her name but believes that she will remember her because she had made a scene. Deb has to leave but promises to call Valerie.

Valerie leads Debra to Laura Moser's house where Deb recoils in horror at the memory of being held captive there by the Ice Truck Killer. Debra mentions the name 'Brian Moser' and Valerie suddenly remembers the other woman's name -- Laura Moser. Debra begins looking into information about Laura, which leads her to discover that her adoptive brother, Dexter Morgan, is Brian's biological brother.