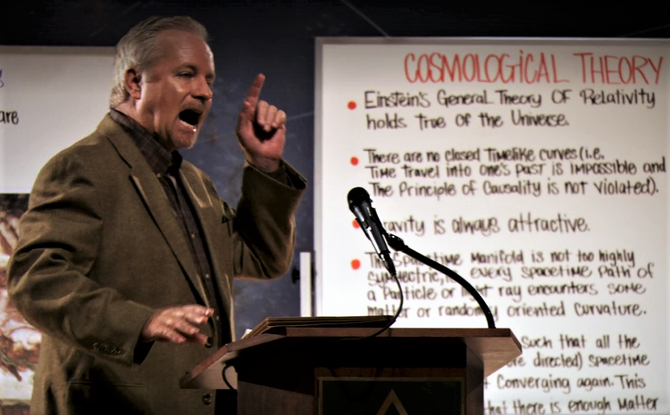 Dexter: "He's kind of a self-important asshole...but I like him"

Trent Casey is a character in Season Six of the Showtime series DEXTER.

He was a professor at Miami South University.

Casy was an outspoken atheist, which caused him to be the ideal target for "The Bowls of Wrath" tableau. At the time, The Doomsday Killer was believed to be Professor James Gellar and Dexter Morgan attempted to warn Casey that he was in danger. In a scoffing manner, Casey said that he was always receiving death threats, and walked off.

That night, Dexter and Travis Marshall returned to the college to stop Gellar before he could kill Casey, but Dexter was trapped inside an elevator on his way to the fourth floor. When he was freed by Travis, Casey was missing.

The next day, Casey was found murdered in his lecture hall. His blood had been drained, his insides hollowed out, and his right hand cut off. Also, the Alpha-Omega symbol was carved into his abdomen. When Vince Masuka lifted Casey's arm, a cascade of blood poured down upon him, along with Dexter, Debra Morgan, Mike Anderson, and Angel Batista.

When Travis awoke that morning, he found the words: "Bring the false prophet to the church" written in blood on the bathroom wall of his hotel room. Casey's hand was left in the sink.

It's revealed that Travis was mentally ill. Gellar was a hallucination, and Travis suffered from blackouts. Therefore, it was actually Travis who had trapped Dexter in the elevator, murdered Casey, and written the message on his hotel wall.

Dexter warns Professor Casey that he is in danger

Professor Casey is missing a hand

Dexter doused with blood in Bowls of Wrath tableau
Community content is available under CC-BY-SA unless otherwise noted.
Advertisement