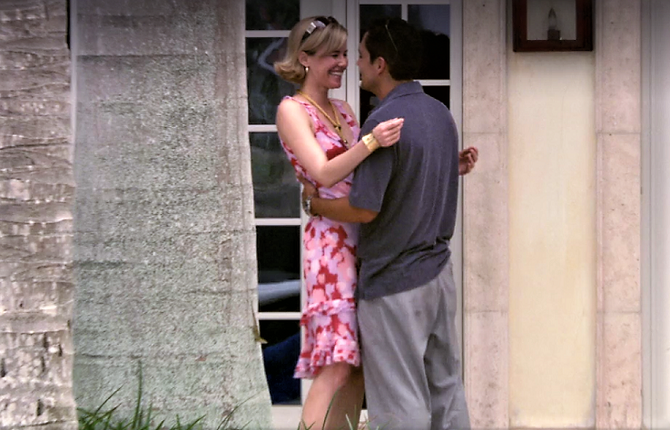 The Castillos are characters in Season One of the Showtime series DEXTER.

They were a husband/wife killing team responsible for a string of murders of illegal immigrants. Dexter Morgan originally believed that only one person was responsible for transporting and killing them. Later, he discovered that the couple were in on it together from the start.

The history of Jorge and Valerie is unknown except that they were married twelve years ago.[1] At some point, they began bringing migrants from Cuba to Miami by using Jorge's boat. For this service, they were paid well and lived a luxurious lifestyle. If the people or their the loved ones could not pay an additional fee, Jorge Castillo took the captives back out to sea and drowned them. He threw their bodies overboard and if they washed up on shore, their death were considered accidental by law enforcement..

Picture of Castillos on their boat

Corpses in fish holding tank on their boat