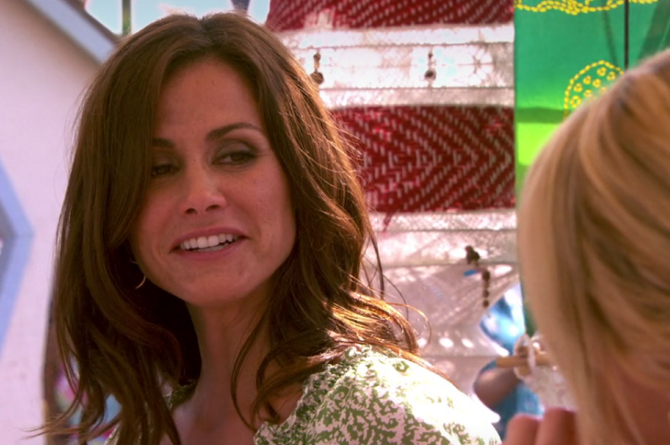 Real-Estate Agent
Sylvia "Syl" Prado is a character in the Showtime series DEXTER.

She is the wife of Assistant District Attorney Miguel Prado and works as a real-estate agent.

After Rita loses her job at Z Hotel, she hires Rita Bennett as her assistant.

Sylvia, along with her husband, Miguel Prado, and his brothers, Ramon and Oscar, appear in Season Three. She doesn't appear again until Season Eight, while her family does not return whatsoever.

As the loving and loyal wife of Miguel Prado, she accompanies him to his brother Oscar's funeral to pay her respects.

Later, after Dexter and Miguel become friends, she befriends Dexter's girlfriend: Rita. After Rita refuses to drink some wine, Syl immediately figures out that Rita is pregnant and congratulates her. She admits that she and Miguel have been trying for years to conceive. She goes on to say that he is the one that wants kids while she is satisfied with the way things are.

After Rita loses her job at Z Hotel, Sylvia offers her a job as her assistant in real estate. .

While helping Rita pick out a bigger house, Rita starts having problems with her pregnancy. Sylvia rushes her to the hospital and calls Miguel to contact Dexter.

After some time, Sylvia starts confiding in Rita that she sees a darkness inside Miguel which is bothering her. Rita tells her that she should confront him about it as it will bring them closer. This, however, backfires as Miguel cannot control his temper in public, anymore.

Early in the morning, Sylvia goes to Dexter' house (after he and Miguel killed Billy Fleeter) and asks Dexter if Miguel was with him the night before. Dexter answers affirmatively, and Sylvia is relieved until she learns that Miguel was out much longer than Dexter. She feels this confirms her suspicions that Miguel is having an affair.

While she is helping Rita with her wedding dress, Rita thinks Miguel is having an affair with Maria LaGuerta and Sylvia follows up her theory by going to Maria's house where she finds Miguel. She is furious and wants nothing more to do with him and forces him to move out of their house.

Sylvia is devastated when she hears of Miguel's death. However, she helps prepare Rita for her wedding and is last seen enjoying the wedding.

Dexter prepares to move to Argentina with his new lover, Hannah McKay, and his son, Harrison, due to the former's criminal status. As such, Dexter takes the appropriate measures to make a safe and unsuspected move out of country, including selling his apartment.

Sylvia is seen outside of Dexter's Apartment with Oliver Saxon, who is a "potential buyer." Saxon explains to Dexter that the safest way for him to deliver his proposal to Dexter is to have a "referee" (referring to Sylvia), to prevent them from killing each other. 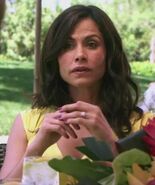 Miguel comforts Sylvia after Rita is admitted to the hospital
Community content is available under CC-BY-SA unless otherwise noted.
Advertisement