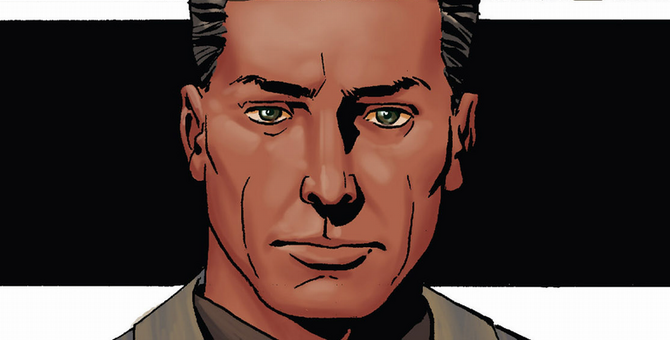 Steve Gonzalez is a Character in the Dexter Comics and is briefly mentioned in the novels.

Referred to as "The Condo King," he's the owner of the New Hope Foundation and Mar Dorado.

He went to Coconut Grove High School and is a former classmate of Dexter Morgan.

Steve is a Cuban man with well-groomed black hair, dark green eyes, and a charismatic smile He wears a fine gray suit jacket over a black-button up shirt, complete with matching gray dress pants. He's a handsome man and has stayed fit since when he was a prime athlete at Dexter's school.

Steve is a charismatic individual, greeting people with a smile or hug. Due to his work with the New Hope Foundation, he has a reputation of being benevolent and generous. He’s even considered a "Mother Teresa" [1] for the work he does at the foundation. Although Steve seems to be a reputable citizen, he hides a darker side. During high school, he used to bully Dexter, until Dexter strapped him to a table and threatened to kill him. This was a turning point in Steve’s life. From then on, Steve kept his malicious actions hidden.

Steve was born in Cuba, and immigrated to Miami, Florida. He attended Coconut Grove High School - the same school as did Dexter Morgan. Steve struggled in many of his classes but made up for it as a tough athlete and he scored highly due to his physical capabilities. He dealt with the pressure he felt by being a bully, singling out Dexter to pick on. He would steal Dexter's food and throw footballs at his head. He even once took Dexter’s clothes while he was showering and drenched them in hot water, forcing Dexter to walk home soaking wet.

This treatment finally led Dexter, a young psychopath, to sneak up behind Steve one day with a piece of wire and strangle him, causing asphyxia. When Steve awoke, he was strapped to a table with tape covering his mouth. A grinning Dexter stood above him, casually holding a scalpel. Steve stared at Dexter, terrified, before the janitor stumbled upon the scene, effectively saving Steve’s life. Dexter managed to get away with what he did with Harry's help, and Steve left Dexter alone for the rest of their time in high school.

At her insistence, Dexter Morgan takes his wife, Rita, to Coconut Grove High School for his reunion. Dexter barely knows any of those at the party, although some draw attention in less than appropriate ways (Judge Graham, for instance). As Rita asks if he had a close friend in high school, Dexter notices Steve Gonzalez across the room, a woman on each arm.

A handsome man, Steve is number three on the list of the Ten Sexiest Men in Miami. Rita reads aloud from memory Steve’s autobiography and insists that her husband introduce them. Reluctantly, Dexter walks up to Steve who stares at him and then hugs his former classmate. The charismatic persona Steve displays is completely different from the bully that Dexter once knew in school. Steve states that Dexter showed him the "error of his ways" (but doesn’t mention being strapped to a table). Due to his change in attitude, he went on to become a successful businessman, now running the New Hope Foundation.

After Steve spends a bit of time talking with them, he asks for Rita’s hand on the dance floor. Dexter has no objections, although he keeps watching them. After all these years, Dexter remarks to himself, Steve has the same eyes - the eyes of a bully.

At the New Hope Foundation, Steve is visited by Deborah and Dexter to interrogate him in regards to the murder of Arthur Bleek. Accompanied by his bodyguard, Deveaux, Steve greets them and is apparently willing to answer their questions. Steve flirts with Deborah to no avail. When he is questioned about the murder of Bleek, he insists that he does not know anything about it. After Deborah gets mad due to a remark made by Deveaux, Steve states that Bleek literally lived on the street. Steve proceeds to tell Dexter and Deborah about his program involving Mar Dorado, and how the members return to Miami with enough funds to start a new life.

Later, while Dexter and Deborah discuss the case, Dexter states that he suspects Steve. However, Deborah rapidly targets Deveaux as her main suspect, since Steve does not seem to have a motive for the murder.

Deborah and Dexter return to the New Hope Foundation to discuss Deveaux and his past as a Tonton Macoute with Steve. He says that he knows about Deveaux but the point of his organization is to forget the troubled past of its members, rehabilitate them, and give them a second chance in life. Meanwhile, a patient named Billy is being taken care of nearby. As they walk by, Dexter and Deborah witness the patient's trust in Steve and his organization's purpose. Still, Dexter's Dark Passenger feels something is just not right.

Both of them were attempted victims twice. The first time, Steve attacked Deborah's vehicle with a Molotov-like explosive, but she and Dexter survived. The second time, Dexter and Debra were captured by Steve's people and he was distracted from killing them in a warehouse on Mar Dorado.

Fed up with Steve bullying him, Dexter tapes him to a table in the biology lab and attempts to dissect him with a scalpel. Before Dexter can carry out the deed, he is caught by a janitor. Dexter's adoptive father, Harry Morgan, is called to the school and faces the outraged assistant principal. Dexter admits to the offense but says that Steve kept picking on him. Harry, dressed in his police uniform, accuses the school of letting a known bully push his son around and leaving a scalpel unsecured. When Harry threatens to call the school board, the assistant principal merely sputters and clears his throat. Harry tells Dexter, “Let’s go,” and takes him to his police cruiser. Their next stop is the jail, where Harry introduces Dexter to Carl, a man on death row who got caught for his crimes. 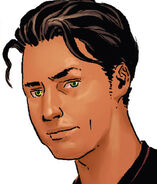 When Dexter first sees Steve among the crowd 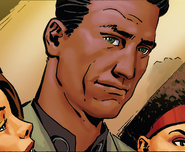 Retrieved from "https://dexter.fandom.com/wiki/Steve_Gonzalez?oldid=103914"
Community content is available under CC-BY-SA unless otherwise noted.