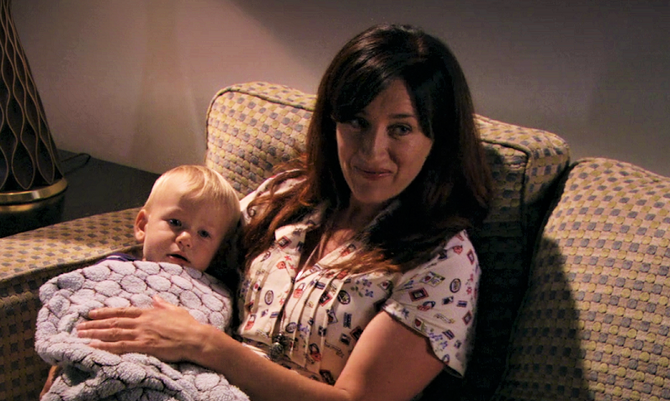 Nanny
Ex-Hospital Nurse
Sonya is a character in Season Five of the Showtime series DEXTER.

She is a nanny that worked for Dexter Morgan to watch Harrison Morgan.

Sonya is a middle-aged Irish woman with long, dark red hair and green eyes. She has tiny gaps between her teeth that define their shape. She typically wears a dress or skirt and, being a conservative lady, she only wears clothes that cover most of her body.

She has a gentle personality, instantly bonding with Dexter's young son. Together, the two interact perfectly with one another and she knows how to care for a child. Harrison is always an angel for her, and she calls him, "Prince Harry."

Sonya does have somewhat of a suspicious nature, though, and despises being lied to. She does not appreciate it when Dexter stays out all night without informing her in advance. Because of this, she quits temporarily, but Dexter convinces her to give him another chance, with Sonya describing it as a "leap of faith." Her natural kinship to Harrison allows her to return easily to Dexter's employ.

Sonya is also of the Catholic faith. When she places a statuette of Saint Brigid over Harrison's crib, Dexter appears not to approve and puts in the toy box when she leaves. (Later, he places it back after thinking it over.)

Following his wife's murder in Season Four at the hands of The Trinity Killer, Dexter Morgan is faced with raising his son, Harrison, alone. After Cody and Astor move to Orlando with their grandparents, Dexter seeks out help to watch over his son so that he may continue uninterrupted at work and also claim more victims.

Debra grills potential nannies for Harrison. The first few are unqualified, but then she seems to find the perfect nanny -- Sonya, an Irish woman. Sonya holds a nursing degree with an emphasis on infant/toddler growth and development, and formerly worked at a hospital. Dexter decides that she is the one after Harrison glows with happiness when she picks him up.

It takes some time for Dexter to adjust to a having stranger take care of his son. In one incident, Dexter becomes paranoid when Sony takes Harrison out for a walk without his knowledge (causing Dexter to believe that she kidnapped him). He eventually comes to fully trust her with his son while he's away.

Later, Sonya assists in arranging Harrison's first birthday party, and takes part in the activities along with everyone else. 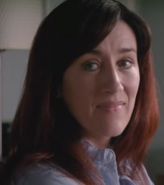 Dexter convinces Sonya to give him another chance

Sonya at Harrison's birthday party on the beach

Dexter at the door of Sonya's apartmen
Community content is available under CC-BY-SA unless otherwise noted.
Advertisement