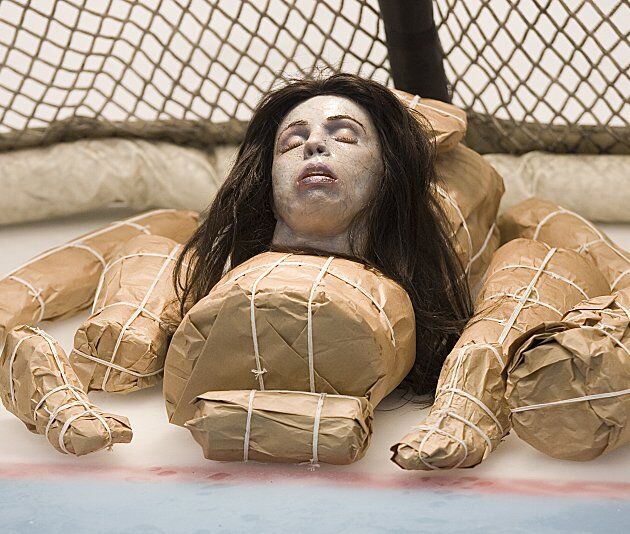 Sheri "Cherry" Taylor is a character in Season One of the Showtime series DEXTER.

Sheri's severed fingertips were found inside a block of ice.

Sheri was targeted by The Ice Truck Killer who made her his third shown victim in Miami. He displayed her body parts on a sheet of ice for Dexter Morgan to find at Miami Blades Ice Hockey Stadium. Upon finding out that the body was Sheri's, Debra was hit with the fact that she lost someone she knew. When she informed the other prostitutes of Sheri's fate, she asked for a lead on who was killing the girls.

Her body was set up differently than the Pool Victim and Fountain Victim. All pieces of Sheri's body were wrapped (except her head and a leg portion). In addition, one of her hands had the fingers uncovered to reveal that the tips were missing. The body was positioned almost like gifts in the goal area of the ice rink, with the head placed on top of the torso.

Initially, the suspect was Tony Tucci, the security guard.

Sheri's fingertips inside a block of ice
Community content is available under CC-BY-SA unless otherwise noted.
Advertisement