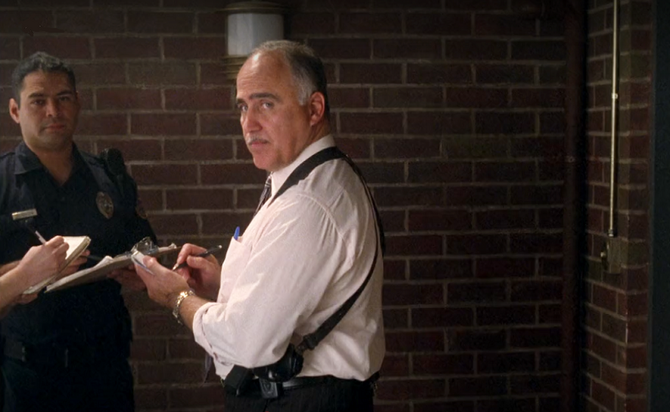 He is a Sergeant working in Miami Metro Homicide, often seen at a desk near the front of the department or at various crime scenes.

Sergeant Lee first appears at the briefing for Tony Tucci following a break in the Ice Truck Killer Case along with Michael Soderquist. He is later seen with other detectives watching Maria Laguerta label Tony Tucci as the suspect within the case.

Seen at multiple points around the office interacting with and walking with other detectives/staff within the department.

He is one of those chosen for Frank Lundy's Task Force. His name is called out by Thomas Matthews, during announcement of the task force.

Lee present walking by the Homicide Department while LaGuerta and Debra talk. (Episode 104: Let's Give the Boy A Hand)
Community content is available under CC-BY-SA unless otherwise noted.
Advertisement