See: Dexter DVDs
The seventh season of the Showtime series DEXTER premiered on 30 September 2012 and consisted of twelve episodes.

Dexter is pitted against the Koshka Brotherhood. He is also torn between his loyalty to Debra, his adoptive sister (a police lieutenant), and his new girlfriend, Hannah (a serial killer), a mysterious widow with a green thumb and a checkered past.

On November 21, 2011, Showtime renewed Dexter for both a seventh and eighth seasons, each consisting of 12 episodes. Showtime officially announced that the seventh season would premiere Sunday, September 30, 2012. These two seasons feature a story arc spanning across both seasons. The premiere episode of Season Seven featured a flashback to Debra and Dexter's childhood. On April 24, it was confirmed that Ray Stevenson would guest star in the upcoming Season Seven, and he would play the head of a Ukrainian crime syndicate who arrives in Miami determined to find out who killed one of his associates. Jason Gedrick appears in a multi-episode arc playing the manager of a Miami-area gentlemen’s club that is linked to a high-profile murder case. Yvonne Strahovski, known for starring in the NBC television series Chuck, joined Dexter as Hannah McKay, a woman who arrives to help Miami Metro Homicide reopen an old murder case out of mutual benefit, and becomes Dexter's new love interest.

In perhaps the most long awaited moment in the series, Debra finds out the truth about Dexter. With her intent on telling Dexter that she's actually fallen in love with him, she arranges a meet under false pretenses at the Santa Maria de Loreto Church which Travis Marshall used as a hideout. She believes Dexter is there to do a final forensics sweep under her request, so she arrives later that night to talk with him about her feelings.

That same night, Dexter brings Travis to the church to end his life. As Debra walks into the doorway, she watches her brother lift up a knife in a ritualistic fashion before driving it into Travis's chest. She gasps and breathes heavily for a moment, and Dexter spots her immediately. They look each other in the eyes and he says "Oh God..." Season Six ends at this moment.

After witnessing Dexter kill Travis Marshall, a shocked and reluctant Debra helps him cover up the murder by setting fire to the church. The following night, Detective Mike Anderson is murdered by a member of the Ukrainian mafia after finding a dead stripper in his trunk. Dexter identifies the murderer as Viktor Baskov and later kills him. Quinn and Batista begin to make amends as they investigate the Anderson and stripper murders. Meanwhile, Louis Greene hacks into Dexter's computer and cancels all his credit cards as the first phase of his revenge against Dexter. LaGuerta begins investigating a blood slide Dexter accidentally left at the church. Increasingly suspicious about Dexter, Debra ultimately ransacks his apartment and discovers his knives and blood slides, forcing Dexter to admit to her that he is a serial killer.

Dexter moves in with Debra so she can monitor him. Dexter discovers Louis was the one who cancelled his credit cards and confronts him. While investigating Mike Anderson's murder, Quinn gets friendly with a Russian stripper named Nadia. LaGuerta secretly investigates the blood slide, comparing it to the slides from the Bay Harbor Butcher Case. Meanwhile, Ukrainian mob boss, Isaak Sirko, arrives in Miami to look for Viktor Baskov. Also, Wayne Randall, a spree killer from fifteen years ago, decides to reveal where he buried his victims.

Miami Metro starts investigating Hannah McKay, Wayne Randall's former partner in crime. Meanwhile, Dexter informs Debra that Ray Speltzer, a suspect in two murders, is likely going to kill again. Isaak learns that Viktor's last location was on Dexter's boat, and determines that Dexter killed him. Debra follows Speltzer, but is forced to get involved when Speltzer traps his latest victim in a Minotauran labyrinth. Dexter manages to save Debra, but Speltzer escapes.

Speltzer is arrested by police and admits to the murders, but his case is dismissed on a technicality and he is set free. As Dexter pursues Speltzer, he is captured and trapped in Speltzer's labyrinth, but manages to escape. Meanwhile, Isaak convinces the club's bartender to be a scapegoat for Anderson's murder to get the police off them. Also, Hannah McKay visits Miami Metro to help with the investigation of Wayne Randall's murders. Dexter finally catches and kills Speltzer.

Isaak Sirko seeks revenge against Dexter for Viktor Baskov's death. Meanwhile, LaGuerta tells Debra of her suspicions that the Bay Harbor Butcher is alive, and asks for Debra's help with the case. Hannah McKay leads the police to the bodies of a couple killed by Wayne Randall, but Dexter realizes one of them was murdered by Hannah herself. Isaak is arrested and jailed after Dexter lures him into a shoot-out at a rival Colombian bar.

Dexter continues to investigate Hannah McKay, suspecting that she may have murdered her late husband. Sal Price, a true crime writer, approaches Miami Metro for case files on the last Wayne Randall murders, as he is writing a book about Hannah. Meanwhile, the Koshka Brotherhood blackmails Quinn into removing evidence linking Isaak to the bar crime scene. LaGuerta continues to probe into the Bay Harbor Butcher Case. Debra finds out that Dexter was not completely truthful in the blood report on the Wayne Randall murders. Dexter takes Hannah out on a date where he intends to kill her, but things do not go quite as planned.

Isaak is released from prison, but Debra has him followed everywhere. Meanwhile, Sal Price discovers Dexter's relationship with Hannah and tries to get information from him, but Dexter blackmails him into silence by framing him for an unsolved murder. However, Price dies suddenly following an interview with Hannah (who poisoned him to protect herself). Debra brings Hannah in for questioning over Price's death but Hannah denies everything. Unable to connect Hannah to Price's death and feeling frustrated, Debra asks Dexter to kill Hannah.

Dexter refuses Debra's request to kill Hannah. Meanwhile, Isaak escapes his police surveillance and attempts to kill Dexter again, but fails. Astor and Cody come to visit Dexter. Batista buys a restaurant. Feeling Isaak is out of control with trying to avenge Viktor's death, the Koshka Brotherhood puts a hit on Isaak. Also, LaGuerta finds a potential link between Dexter and the Bay Harbor Butcher. Elsewhere, Debra learns that Dexter and Hannah are seeing each other and, in conversation with him, reveals more than she wanted. Isaak reveals to Dexter that the reason why he is trying to kill Dexter for Viktor's murder is that Isaak and Viktor were lovers.

The Koshka Brotherhood hires two hitmen to find and kill Isaak. In a desperate move, Isaak kidnaps Hannah in order to enlist Dexter's help to protect him. Meanwhile, Batista and the rest of Miami Metro deal with a series of arson murders with an unknown perpetrator nicknamed the Phantom Arsonist. Also, LaGuerta strikes a deal with ex-Deputy Chief Matthews, who helps her with the search for the real Bay Harbor Butcher. Dexter and Isaak work together and kill both hit men, but Isaak is shot and killed by George Novikov, the manager of The Fox Hole. Debra manages to find Hannah and saves her life.

The Phantom Arsonist continues his spree across Miami. Hannah's estranged father Clint McKay shows up unexpectedly, demanding money to pay off his gambling debts and threatening to expose her for a murder. Dexter identifies the Phantom, but decides to hand him over to the department instead of killing him. After George threatens to send Nadia to a sex club in the Middle East, Quinn shoots and kills him, then falsifies a motive. Meanwhile, LaGuerta and Matthews discover another connection between Dexter and the Bay Harbor Butcher murders. Dexter kills Hannah's father.

Dexter plants evidence to steer LaGuerta and Matthews' investigation away from him. Meanwhile, Hector Estrada, the last surviving killer of Dexter's mother, is unexpectedly released on parole, and Dexter plots to make him his latest victim. Debra meets with Arlene Schram, a witness to one of Hannah's early murders, and asks her to testify against Hannah. After Arlene tells Hannah about this, Debra has a car accident, and Dexter realizes that Hannah had drugged her. Dexter attempts to kill Estrada, but discovers that he's been set up by LaGuerta. Dexter decides to give Debra evidence incriminating Hannah for Sal Price's murder, resulting in Hannah's arrest.

In the finale, Dexter visits Hannah in prison, and she admits to poisoning Debra. Hannah later manages to escape custody with a little help from Arlene. Meanwhile, LaGuerta tries to bring Dexter to justice, and confronts Debra with a surveillance video implicating her in Travis Marshall's death. Dexter now decides that the only way out is to kill LaGuerta. He finds and kills Estrada, then lures LaGuerta to the scene to kill her. Worried, Debra walks in on them. LaGuerta urges Debra to shoot Dexter, but Debra shoots and kills LaGuerta instead. 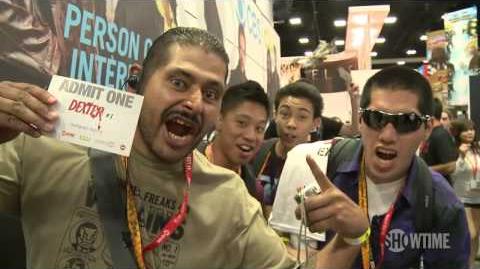 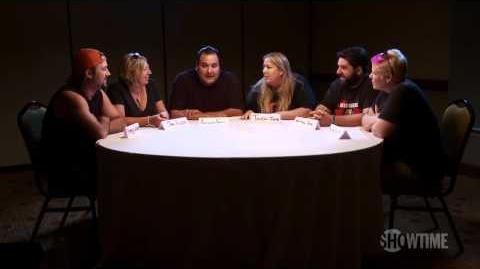 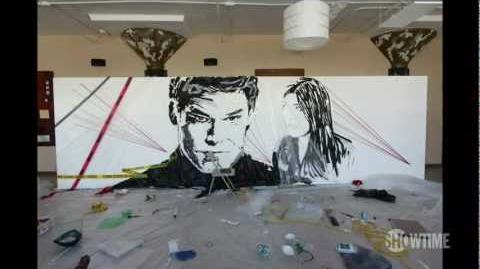 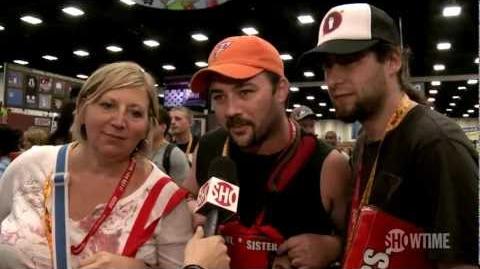 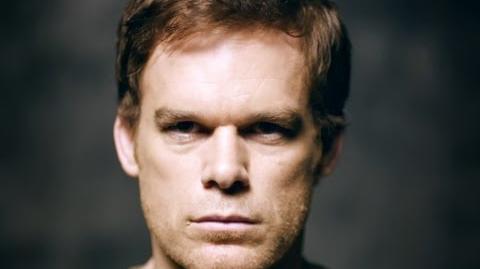