He played Dan Mendell, a dentist and a member of the Barrel Girl Gang, on Showtime's DEXTER.

O'Bryan moved to Los Angeles in the early 1990s, where he now resides with his wife, actress Samantha Follows. They have two daughters. 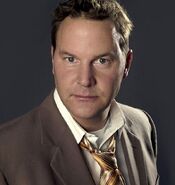 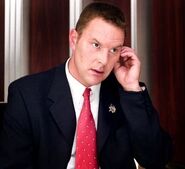 Add a photo to this gallery
Retrieved from "https://dexter.fandom.com/wiki/Sean_O%27Bryan?oldid=72658"
Community content is available under CC-BY-SA unless otherwise noted.