She played a young Debra Morgan on Showtime's series DEXTER.

She began her career at the age of three. She portrays a child character on NBC's drama series Parenthood and is known for her guest appearances on Grey's Anatomy and House M.D. Also, she has appeared in several TV commercials such as Kraft, AT&T, and Rice Krispies.

She was born in Florida, United States.

She is the younger sister of actress Emily Evan Rae. 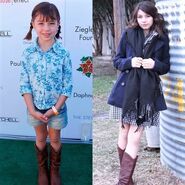 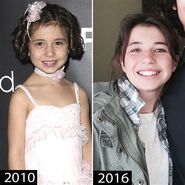 Add a photo to this gallery
Retrieved from "https://dexter.fandom.com/wiki/Savannah_Paige_Rae?oldid=75171"
Community content is available under CC-BY-SA unless otherwise noted.