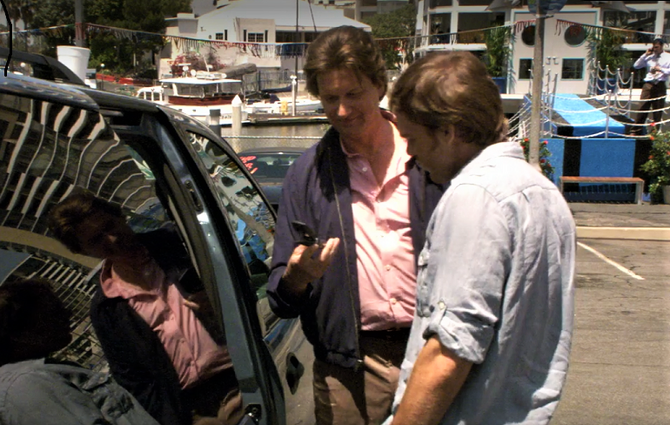 Raped and brutally beat his victims to death

Hicks expressed a deep-seated hatred for women, viewing them as ungrateful.

Roger Hicks is a Character in Season Two of the Showtime series DEXTER.

He is a car salesman working at Gulf Shore Motors, who brutally raped and killed at least two women.

Although he maintains a friendly, helpful facade, he is a con man through and through. He has the ability to smooth talk his way into people's good graces, not thinking twice about telling lies.

Hicks holds a deep-seated hatred of women, seeming to view them as ungrateful.

Dexter Morgan's research shows Hicks is suspected of raping and beating at least two women to death in their homes. Both were young, attractive, single, lived alone, and recently tried to buy a car from Hicks. Dexter goes to Hicks' car dealership to get a sample of Hicks' DNA, but Hicks' quick wit and smooth talk convinces Dexter to buy a minivan. Dexter manages to take some hair from his comb, but discovers that he wears a wig.

Dexter returns to the car dealership and takes a DNA sample from out of Hick's trash, which verifies his presence at both crime scenes. Dexter discovers that Hicks ran credit checks on female customers to get insight into their privates lives. Thus, he could learn if they lived in homes or apartments and if they had any pets, making it easier to identify which women would be vulnerable targets. He covers his tracks by directing the women to make a deal at another car dealer, thus hiding his own presence in the paper trail.

Dexter suspects that Hicks might try to kill another woman he awkwardly meets while waiting in Hicks' office named Allison Sera, so he confronts him that night as he leaves the car lot. Hicks tries to avoid getting into a conversation with Dexter about his minivan, but Dexter calls him on his many bluffs. An agitated Hicks then drops his facade and admits that he just doesn't give a shit about Dexter's car questions and tries to leave, but Dexter captures him. He uses his new spacious minivan to transport him to one of the homes at which Hicks murdered a woman named Ann Cohen.

At first, Hicks tries to convince Dexter that he is innocent and that Dexter should let him go. When he tries to bargain with Dexter and offer him a free car, Dexter again calls his many bluffs and admits he is impressed with just how good of a liar Hicks is, saying he thinks the secret is just not giving a shit. Hicks claims to care, and then reacts strongly to a momentary reflection Dexter has on his relationship with Rita. Hicks quickly becomes angry, going as far as to call Rita a cunt, which causes Dexter to immediately slam a knife into his chest.