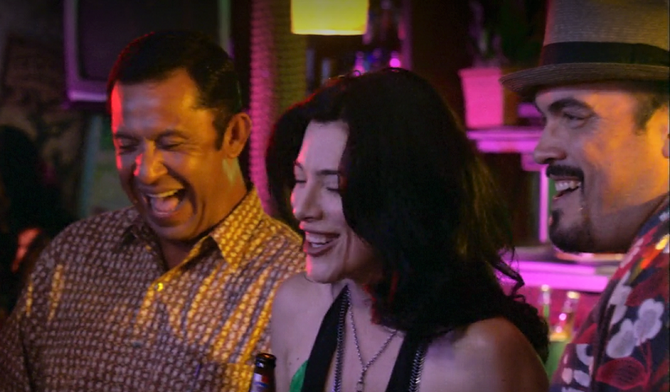 Detective Robert Ramos: One of the Guys

Detective Robert Ramos is a character in the Showtime series DEXTER.

He is first mentioned by Thomas Matthews during a call-out to detectives and officers for Frank Lundy's Task Force.

As one of the many detectives working in Miami Metro Homicide, he handles various cases and provides support where needed. Although rarely given a speaking role, he is the most mentioned background detective is often sent out by Sergeant Angel Batista to handle certain tasks.

Ramos is an older, Hispanic man likely hailing from Cuba that often wears a distinctive orange shirt (such as how Detective Soderquist almost always wears purple) with brown dress pants. He has short, black hair and brown eyes.

Ramos can be pretty much described as a regular guy working as a homicide detective. He assists in cases where he's needed but also enjoys nights out with his friends, such as Angel Batista and Vince Masuka, along with other detectives from the department. He even joins the bowling team Bowl Till You Bleed and, like many of the other guys in the department, has an "interest" in Lila West.

He appears to be dependable, as well as considered for the Special Task Force, and is likely one of their most successful Detectives.

Ramos, Dexter, Masuka, Batista head out to a bar after work
Community content is available under CC-BY-SA unless otherwise noted.
Advertisement