He was born in a suburb of Detroit. He is the fifth child of six in his family, with two sisters and three brothers. The family subsequently moved several times -- first to England, back to Michigan, then to Australia, and finally to California, where he finished high school. He currently resides in southern California with his wife and two children. 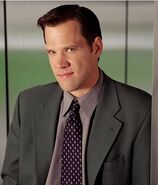 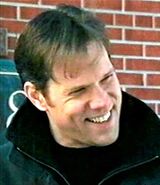