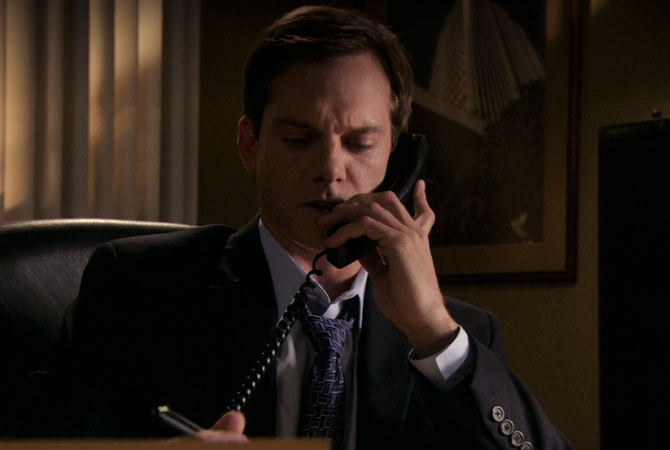 He works the Trinity Case following the murder of Rita Morgan

Walker first encounters Dexter Morgan at Rita Morgan's crime scene, and is curious why Dexter said, "Rita's inside. It was me." He attempts to question Dexter but is told by Maria LaGuerta to make an appointment.

Dexter is interviewed by Walker and another agent, who clear him because he was at Arthur Mitchell's house during the time Rita was murdered. The only lead the FBI have is a "Kyle Butler" (associate of Mitchell) and a sketch artist is meeting with the family for a composite.

Quinn looks through the sketches of Kyle Butler and sees a similarity to Dexter. His suspicions begin to rival that of former Sergeant James Doakes.

Quinn asks Agent Walker to arrange for him to meet with the Michell family so that he can show them a photo (of Dexter). However, Walker says it's not possible since they are under protective watch because Trinity is assumed to be alive.

Quinn asks Walker if he can meet with Jonah Mitchell so that he can show him the photo, but again he is refused. Quinn then follows Jonah into a convenience store and holds up a picture of Dexter. He tries to get Jonah to identify Dexter as Kyle Butler, but his attempt fails when Jonah says nothing and Quinn is caught by the FBI. This incident enrages Lieutenant Maria LaGuerta, who is sympathetic to Dexter's loss. She puts Quinn on immediate unpaid suspension.

At the crime scene of Rita's murder, Debra Morgan tells Agent Walker that F.B.I. stands for "Fucking Bunch of Idiots" ("My Bad").

Dexter is interviewed by the FBI
Community content is available under CC-BY-SA unless otherwise noted.
Advertisement