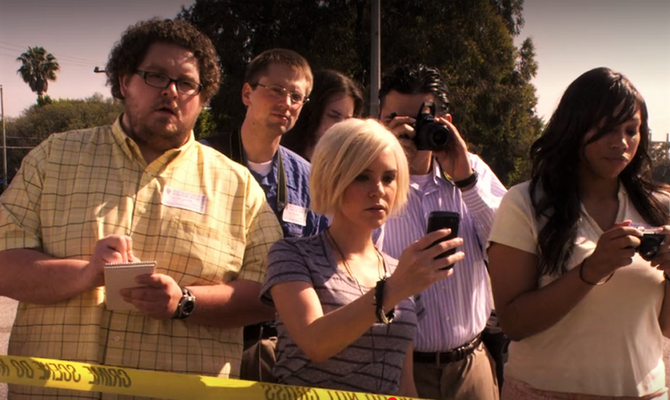 He is one of several students from the University seeking an forensics intern position under Vince Masuka,

Peter is a tall, large man with curly brown hair and a short beard. He wears basic corporate casual clothing with a lab coat when at the forensics department, and then a pair of dress pants with a plaid shirt at crime scenes.

Peter appears to be a shy, quiet individual who is somewhat nervous. Apparently, he is very bright, scoring the highest on Masuka's test to see who could become his intern. Unfortunately, he has a weak stomach and faints at a crime scene when he sees snakes emerging from a victim.

Peter attends the University where Vince Masuka teaches a Forensics studies class. To give his students a feel for the field work they're pursuing, Masuka takes Peter and several other students, including Ryan Chambers, on a tour inside Miami Metro Homicide. Peter nearly bumps into Debra Morgan who asks who he is and why he's in her way. Nervously, he replies with his name and mentions his purpose as visiting under the watchful eye of "Professor Masuka."

He later appears with the other students outside the crime scene at Omar Rivera's fruit stand. Masuka tells them what is required for one of them to become his coveted intern and Peter ends up landing the position.

At the next crime scene where Omar's body is situated, Peter is shown working the scene, snapping photographs as the others arrive. His declaration that the victim is dead is less than impressive to Debra and Masuka's teammates. Peter stands nearby and watches as they examine the corpse. When snakes begin slithering out of the body from an opening in the stitching made by Dexter, he steps back holding his mouth. He then faints and, according to Masuka's following quote, he is replaced by Ryan Chambers: "Goodbye Big Guy...Hello Runner-Up, Little Miss Hottie!"