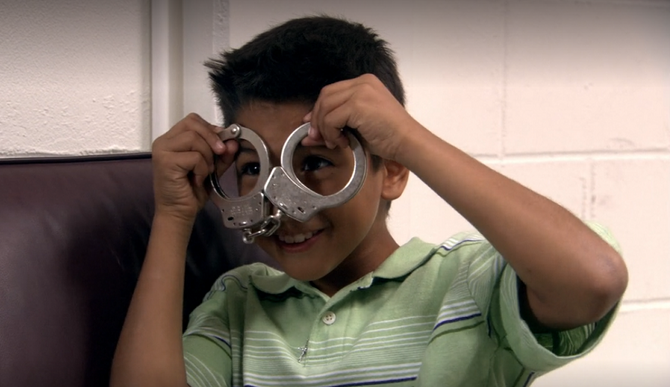 Oscar is a child character in Season One of the Showtime series DEXTER.

He is a Cuban boy found hiding in The Castillos' auto salvage yard.

Oscar is first shown peering through a hole in the trunk of a broken down car. Oscar seemingly witnesses Dexter Morgan abduct Valerie and Jorge Castillo, and then move their bodies to his car after he kills them.

The next morning, the police hear a noise inside the car's trunk and pull their guns. When they open it, they find a very frightened boy. Maria LaGuerta reassures him in Spanish and helps him out of the car. The boy's name is Oscar, and he says that a man saved him, which makes Dexter nervous.

While Oscar works with a sketch artist describing who saved him, Maria and Oscar begin to bond, and Maria even considers adopting him. However, Oscar's Uncle Roberto is located in Tampa and he arrives to take a happy Oscar back to live with him..

Oscar's sketch is later shown to be a depiction of Jesus Christ, to the astonishment of the department, and even Dexter himself.

Oscar peers out from car

The police find Oscar inside a car trunk 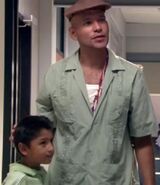 Oscar is re-united with his uncle 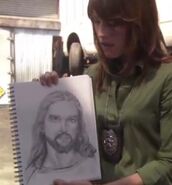 Oscar's memory of the man who saved him from the "bad lady"
Add a photo to this gallery
Retrieved from "https://dexter.fandom.com/wiki/Oscar?oldid=112175"
Community content is available under CC-BY-SA unless otherwise noted.