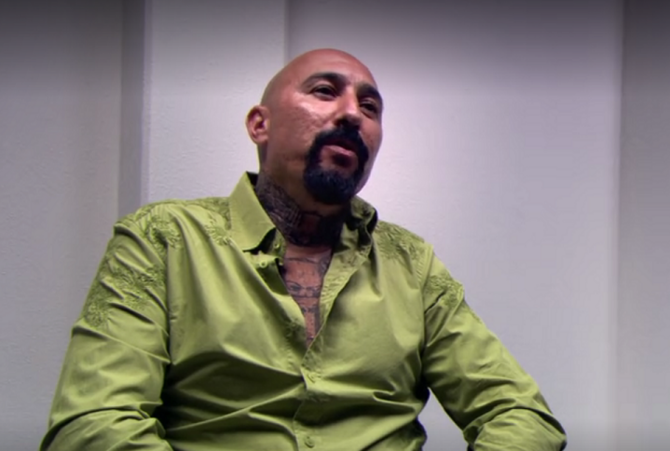 (Ricky) Tossed over a bridge
(Kara) Shot once in the back

Unknown, although implied he killed people for money.

Norberto Cervantes is a character in Season One of Showtime's series DEXTER.

He was a professional hitman who worked for Carlos Guerrero, a notorious drug kingpin. Norberto was responsible for the deaths of police officer Ricky Simmons and his wife, Kara.

Cervantes was ordered to kill Officer Ricky Simmons when Guerrero found out that he was an undercover officer for the Miami Metro Police Department. He followed through by throwing Simmons off a freeway overpass. However, Simmons was first able to bite a chunk of flesh from Cervantes' arm.

After this, Cervantes inspected Simmons' phone and discovered that he had been in contact with his wife, Kara Simmons. To prevent her from leaking any information to the police, Cervantes invaded the Simmons residence and shot Kara in the back, then made his getaway. However, the wound on his arm from where Simmons had bitten him left a drop of his blood at the crime scene.

Before Cervantes was able to cut a deal, an assassin stabbed Cervantes while moving him to another cell. The killer was a guard with a key to Cervantes' jail cell. The guard may have been seeking revenge because Cervantes killed a cop, and/or because a jail official appeared to be on Guerrero's payroll. The killer remained unknown, and news reports speculated that another inmate was responsible for the murder.

Later, Kara died from massive heart failure while in the hospital.

Guard: "Off your ass, Cervantes. Hands behind your back. Walk backwards and assume the position." (keys rattle as he handcuffs Cervantes)
Guard: "Step away." (lock clicks, and he opens the cell door) "Exit the cell."
Norberto: "Where are we going?"
Guard: "The call came down. They want you moved to a more secure block."
Norberto: "You think the call to take care of me came down from the warden? Who the fuck do you think the warden listens to? Get used to it."
Guard (as he repeatedly stabs Cervantes): "That's from Mr. Guerrero." (throws knife on the floor, and walks away)

Cervantes in his jail cell

Guard removing Cervantes from his jail cell just before he kills him
Community content is available under CC-BY-SA unless otherwise noted.
Advertisement