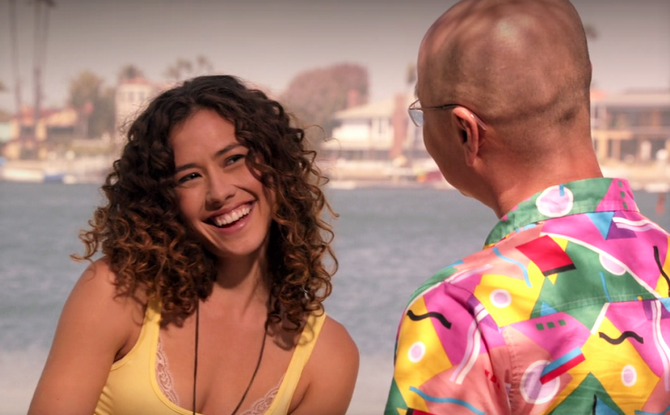 She is the daughter of Vince Masuka.

When Masuka was in college, he donated to a sperm bank, which resulted in Niki's conception of which he was unaware at the time.

After the death of her mother, Vince was tracked down by Niki. When she first appeared at his workplace, Vince initially thought that she was a "hottie" who was attracted to him. To his utter surprise, she revealed that he was her father.

Due to some of Niki's behavior, Vince began to wonder if she only wanted his money. He went to Elway Investigations and met with Debra Morgan. Vince requested that she look into Niki. When Debra discovered that Niki had a number of outstanding debts, Masuka believed that his suspicions were confirmed. At Jamie Batista's birthday party, he gave Niki a five-thousand dollar check, and told her that it was all he could afford. Niki was deeply offended by Masuka thinking that she was after his money. She didn't accept the check and stormed off.

Niki and her father soon made amends and they began to have a closer relationship. She eventually called him "dad." When meeting her one night, Vince discovered that Niki worked at a topless bar. Dissatisfied with his daughter's job choice, he offered her an intern position at Miami Metro, which she accepted.

One Saturday, Niki arrived at a crime scene, while high on marijuana. She hadn't realized that she was on call. Vince ordered her to stop smoking pot, and sent her home, Before she departed, she told him that he had the right to control her behavior at work. but not during her private time. In spite of this, the two seemed to have a smooth relationship, for the most part.

Vince gives his daughter a $5,000 check
Community content is available under CC-BY-SA unless otherwise noted.
Advertisement