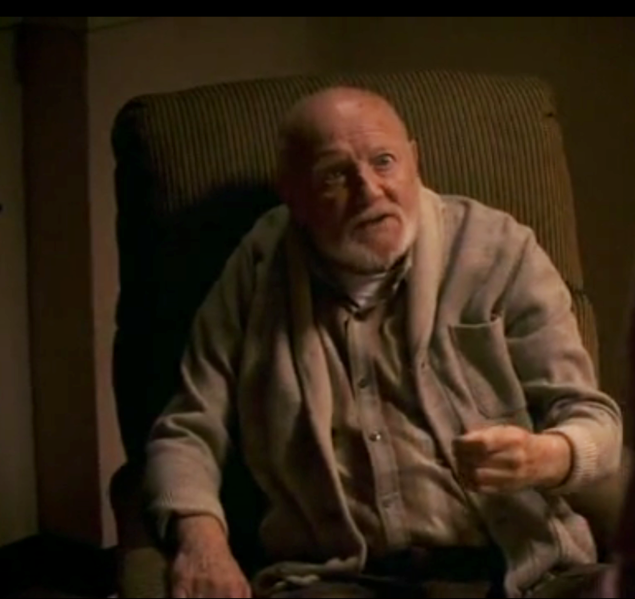 Before retirement, he was a priest at Santa Maria de Laredo. The church was then abandoned and later used as a staging point for the Doomsday Killings.

Galway resided in a retirement home, and had a severe case of dementia. When Dexter visited him, Galway mistook him for someone from his past. After a few minutes, Dexter realized how severe Galway's memory loss was, and confessed to being a serial killer.

At first, Galway told Dexter that murder is a mortal sin, but instantly forgot what they were talking about. Dexter reminded him that he was in the middle of confession. Galway then forgave Dexter for all of his past sins, which would have included the murders he had committed. Dexter thanked him and left the room.

Retrieved from "https://dexter.fandom.com/wiki/Nicholas_Galway?oldid=103172"
Community content is available under CC-BY-SA unless otherwise noted.