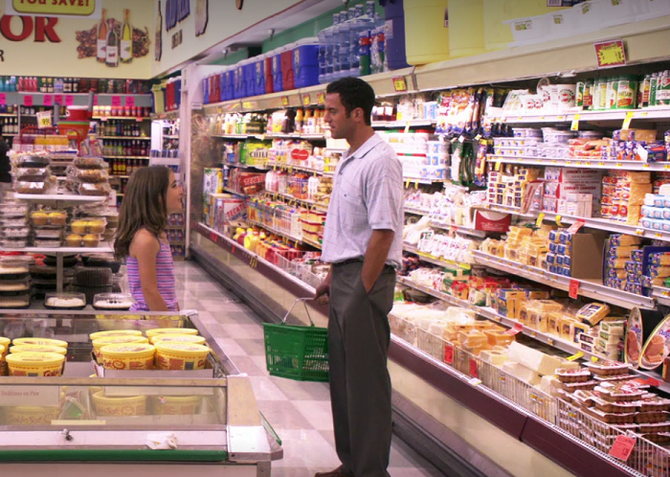 Nathan Marten is a character in Season Three of the Showtime series DEXTER.

He is a pedophile who appears to be sexually interested in Astor, and thus becomes Dexter's target.

Nathan is a moderately tall man with black hair and deeply tanned skin. His clothing is that of an upper-middle class individual: colored shirts with stripes and khaki pants with dress shoes. He usually has an expensive professional camera with him.

Nathan denies that he has anything to do with pedophilia, most likely to protect himself and his reputation. When pressured by Dexter, he admits to what he did in the past and claims to have moved on. Unfortunately, this isn't the case and his personality is that of a stalker who watches his prey from a distance. While Dexter watches his target with a tiger's glare, Nathan displays a coveting gaze, obviously feeling arousal.

While Dexter Morgan, Rita Bennett, and her kids are shopping at a local grocery store, Dexter discovers Astor talking to a man close to Dexter's age. Dexter feels immediately that the man is a predator much like himself, but for a different kind of prey. He rushes forward to confront the man, while acting casually to Astor. At first, Nathan doesn't catch on to Dexter's awareness and stands firm as the two stare off. Both part ways shortly thereafter when Dexter points Nathan towards what he claims he was looking for earlier. In the parking lot, Dexter makes a note of Nathan's car registration number.

Dexter researches Nathan and it proves that his instincts are correct. Nathan is a sexual predator, convicted of molesting a young girl. When faced with the decision to kill Nathan or not, he realizes it is a violation of the Code of Harry and instead continues on with his life. That is, until he watches Nathan taking pictures at a local beach of Astor in her bathing suit. He then publicly confronts Nathan at a cafe about his interest in Astor and his past. Marten denies any wrongdoing, but Dexter is not convinced.

After dark, Dexter goes to Nathan's home, where he finds him looking at the pictures of Astor he had taken at the beach. Dexter creeps up behind him and strangles him with a garrote, saying, "Nobody hurts my children."

As Dexter is dragging Nathan's corpse out, he steals a carton of milk from his refrigerator, remembering that Rita had asked him to pick up milk for the kids.

Nathan taking pictures on the beach

Nathan on the beach watching Astor

Dexter warns Nathan to stay away from Astor

Nathan declares that he is a changed man

Dexter steals a carton of milk
Community content is available under CC-BY-SA unless otherwise noted.
Advertisement