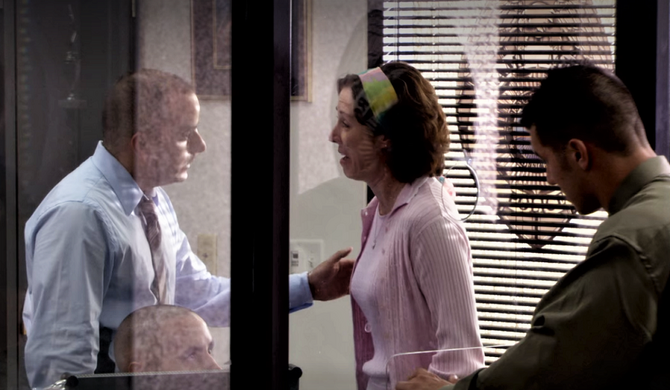 Mrs. Donovan is a Character in Season One of the Showtime series DEXTER.

She is the wife of Mike Donovan, a choir director responsible for the rape and murder of at least three young boys.

She is first shown with her husband after a choir recital as he meets with parents of his group and other individuals.

Following Mike's disappearance (due to Dexter Morgan), she arrives at the Miami Metro Police Department in tears. Dexter watches her beg a detective to find her husband. He feels confident that he covered his tracks in murdering Mike.

Sgt. James Doakes notices Dexter staring at the woman, and asks him if crying women are his thing. Dexter just laughs it off.

Retrieved from "https://dexter.fandom.com/wiki/Mrs._Donovan?oldid=103773"
Community content is available under CC-BY-SA unless otherwise noted.