He played Brother Sam, a body shop owner and an ex-convict who turned to religion, in the Showtime series DEXTER.

Prior to his career in music, Mos Def entered public life as a child actor, having played roles in television movies, sitcoms, and theater, some of which were under the name Dante Beze. Since the early 2000s, Mos Def has been known for his roles in films such as Something the Lord Made, Next Day Air, The Hitchhiker's Guide to the Galaxy, 16 Blocks, Be Kind Rewind, The Italian Job, The Woodsman, Bamboozled, and Brown Sugar. He is also known as the host of Def Poetry Jam, which aired on HBO between 2002 and 2007.

Mos Def was born in Brooklyn, New York City, the eldest of twelve children and step-children. He was raised by his mother in Brooklyn, while his father lived in New Jersey. He attended Philippa Schuyler Middle School 383 in Brooklyn. He dropped out of high school during sophomore year. At age nineteen, he took his shahada, the Muslim declaration of faith. Mos Def married Maria Yepes in 1996. In 2006, he filed for divorce. He has four other children. In 2016, Mos Def was ordered to leave South Africa and not return for five years, having stayed in the country illegally on an expired tourist visa granted in 2013. He has been vocal on several social and political causes, including police brutality, the idea of American exceptionalism, and the state of African Americans. 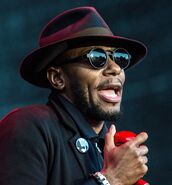 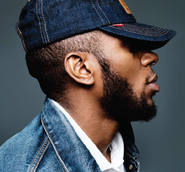 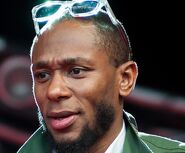 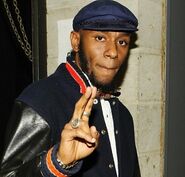 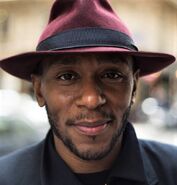