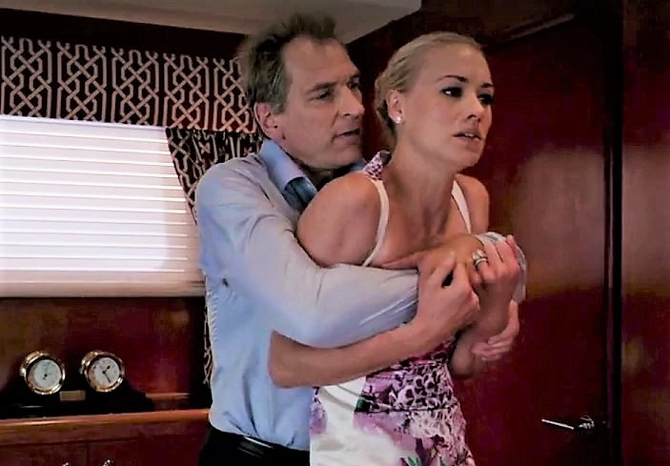 He is a wealthy international business man and Hannah McKay's second husband.

Miles first met Hannah when she was selling flowers prior to the start of the series. Hannah noted that Miles was obviously attracted to her, but she denied his advances.

After Hannah is sent to prison for the murder of Sal Price and then subsequently escapes, she turns to Miles (who is aware of Hannah's past) for help. He provides her with a new identity and the two are married. However, Miles quickly proves to be obsessive and overbearing with Hannah, controlling every aspect of her life. He even has her followed everywhere.

When Dexter learns that Hannah is in Miami, he tracks her to the yacht where she is living with Miles. Then he follows them to the Red Coral Club, and Zach Hamilton helps him gain entrance. Dexter locates Hannah and she tells him that her name is now Maggie Castner and she is married, to which he scoffs at her. Miles returns to find them talking and he informs Dexter that he knows all about his history with Hannah.

The next day, Miles approaches Dexter at a gas station, informing hims that he'd sooner see Hannah in prison than lose her.

Hannah and Dexter arrange to meet at her old greenhouse. She warns him that Miles, with his connections, can ruin Dexter's life. She reveals that she is in Miami to ask him to kill Miles, and Dexter asks why she doesn't do it herself. She says that if Miles were to mysteriously drop dead, his family, who already distrust of Hannah, would immediately suspect her and she would be investigated by police.

Miles learns that Dexter and Hannah met at the greenhouse and immediately sees Hannah's interaction with her old flame as a threat. He sends some of his men to intimidate Dexter by brutally beating him up.

When Hannah returns to the yacht from shopping, Miles shows his rage that she went behind his back to see Dexter the day before. He tells Hannah that he intends to keep her on his yacht with him forever, sailing around the world. He then physically attacks her and tries to rape her.

At the same time as Miles is struggling with Hannah, Dexter is sneaking aboard the yacht (presumably to take Miles out before he hurts Hannah). When he reaches the bedroom, he finds Miles dead, with Hannah having killed him in self-defense. Dexter assists Hannah in covering up the evidence, and they dispose of the body in the Gulf Stream. 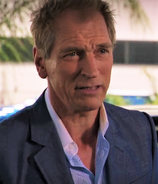 Miles and Hannah leave the yacht for a night out

Miles in one of his casinos