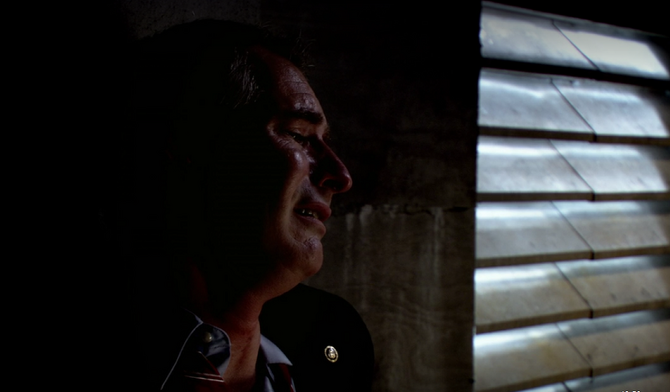 Mike Donovan is a character in Season One of the Showtime series DEXTER.

He was a choir conductor who was a pedophile and murdered at least three young boys (seven in the novels).

He was the first person (not chronologically) to be killed by Dexter Morgan in both the novel series and the Showtime series.

Donovan was a man in his mid-40s with graying hair and a wide smile. He dressed in nice suits and drove a station wagon.

He appeared to be a friendly, upstanding citizen, while following his urges to rape and murder young boys. When confronted by Dexter with the dark truths of his behavior, Mike closed his eyes to avoid seeing the dead boys. Terrified, he begged for mercy.

Mike Donovan killed at least three young boys. He lived a double life as a choir conductor, and pastor, while having a wife and two daughters. He was also a pedophile, child rapist, and serial killer. His wife almost assuredly had no idea of her husband's dark secrets.

"Soon you'll be wrapped into a few... neatly wrapped Hefties and my own small corner of the world will be a neater, happier place... a better place." - Dexter to Mike Donovan

Donovan enters his car after a choir performance, not realizing that Dexter is waiting in the backseat. After Donovan starts the engine, Dexter chokes him with a garrote wire, and orders him to drive to a remote pump station, the location where Donovan had buried the bodies of three boys.

There, Dexter drags Donovan inside and forces him to look at his victims' bodies, Donovan pleads for his life and Dexter guesses that the children had also begged for their lives, which Donovan doesn't deny. He asks Dexter to understand, to which Dexter replies that he does, because he can't help himself either... but he has standards, and could never hurt a child. Then Dexter uses a syringe to sedate Donovan, and restrains him to a kill table. After taking a blood slide through a scalpel cut, Dexter kills him by cutting his neck with a reciprocating saw.

Later, Mrs. Donovan comes to the police station to ask about the investigation, and Dexter watches her from nearby. He reassures himself that he was careful in this kill, and didn't leave any traces behind. James Doakes, who despises Dexter, questions him about why he is looking at the distraught widow.

Note: It is not specified what type of sexual behavior Donovan engaged in with the boys, but rape is not uncommon with child molesters.

Mike Donovan was responsible for the deaths of at least three young boys, The three boys' rotting bodies were dug up by Dexter, who then forced Mike to look at them.

In Season Four, Dexter expressed surprise when he learned that Arthur Mitchell had a family who were unaware that he was a serial killer, and had successfully kept his secret safe for decades. 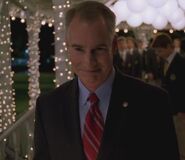 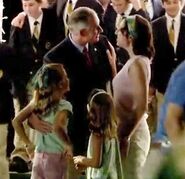 Mike with his wife and daughters

Mike and his wife

Mike is captured by Dexter

Dug up graves of boys

"OPEN YOUR EYES AND LOOK - AT WHAT YOU DID!" 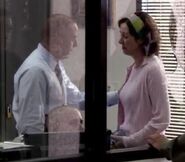 His wife comes to Miami Metro

Mike Donovan as he appears in the video game
Add a photo to this gallery
Retrieved from "https://dexter.fandom.com/wiki/Mike_Donovan?oldid=111542"
Community content is available under CC-BY-SA unless otherwise noted.