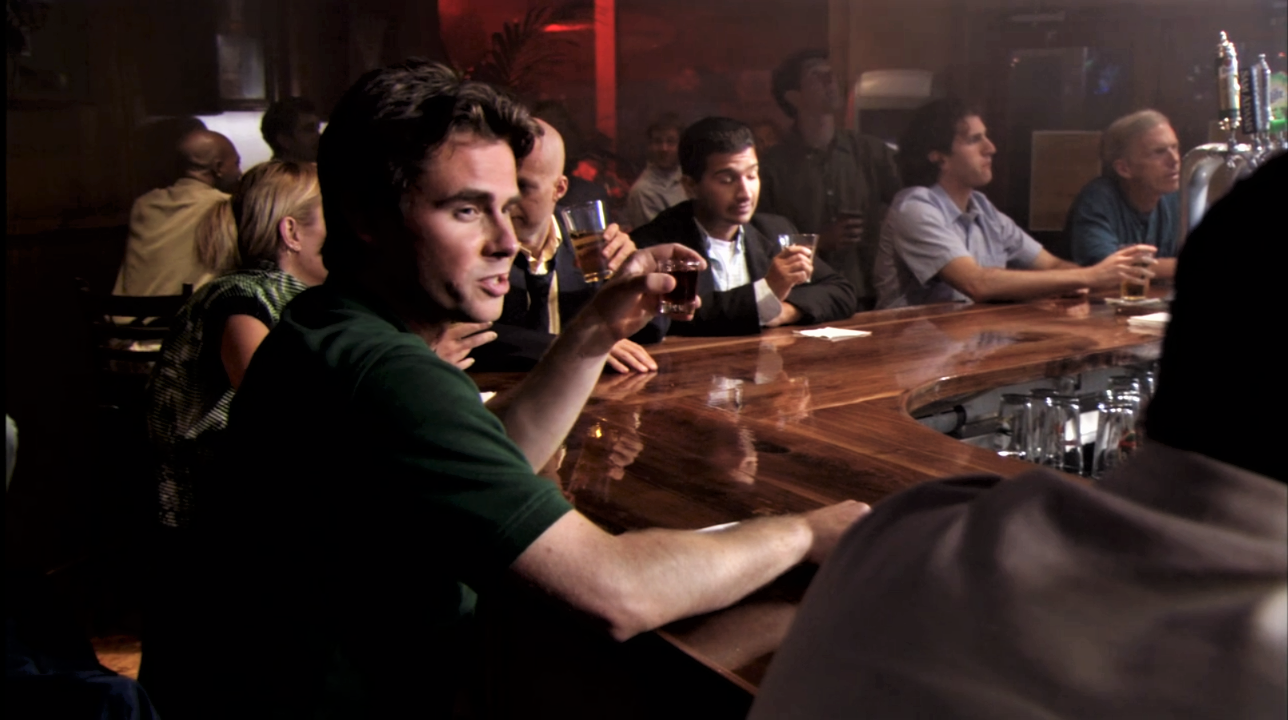 Matthew "Matt" Chambers was a Character in Showtime's series DEXTER.

He was a repeat drunk driver who caused multiple accidents but escaped conviction by faking his emotions and fabricating stories. Unfortunately for him, he passed into Dexter Morgan's sights...where he became Dexter's Third Shown Victim.

Matt was accused of killing a young man In Miami named Alexander Pryce while drunk driving. At his court hearing, Dexter watched Matt's behavior and afterward looked into him. He discovered that Matt, while driving drunk, had injured a woman in Santa Fe and killed an off-duty firefighter in South Boston. Each time, Matt had been exonerated. He then changed his name and moved to a new city

In the latest incident, Matt again managed to avoid punishment by putting on a sad face in court, crying crocodile tears, and lying about his car being stolen. After Matt was found not guilty for the third time, Dexter followed him to a local bar, where he found Matt drinking again. Dexter soon captured and killed Matt in an abandoned liquor store with a stab to the chest.

Although not explicitly stated, it appeared that Matt wasn't purposefully targeting his victims, but had a complete disregard for their lives.

Archived pictures of a younger Matt Chambers, as seen on the police database

Dexter kills Chambers.
Add a photo to this gallery
Retrieved from "https://dexter.fandom.com/wiki/Matt_Chambers?oldid=86598"
Community content is available under CC-BY-SA unless otherwise noted.