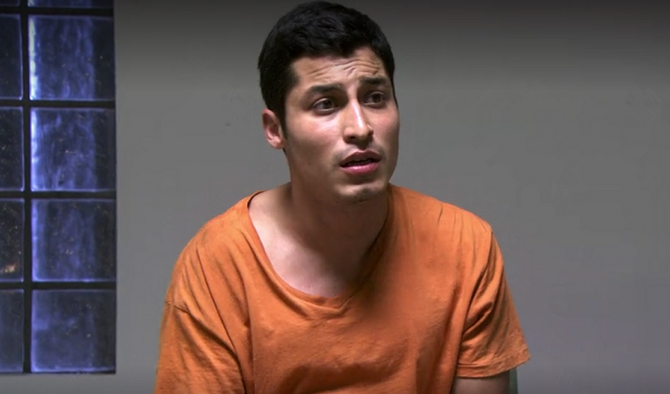 Mario Astorga is a character in Season Three of the Showtime series DEXTER.

He's a tree trimmer who worked for George King aka The Skinner.

Mario originally lived in San Marcos, Nicaragua. At some point, Mario was forced to leave his country when he stabbed a taxi driver for touching his sister. He fled with his wife to America where they had a son

After Mario settled in Miami, George King employed him as a tree trimmer and one of his foremen. Mario had a fear of King (which could be based on King's military training and reputation as a torturer and killer).

While trimming trees, Mario discovers the second body of The Skinner, and reports it to the police.

Mario comes under suspicion when Deb and Quinn investigate tree trimmers and George King tells them that Mario killed a man with a knife back in Nicaragua.

When the police approach Mario, he tries to flee but is caught and taken to the station for questioning. Mario admits to Debra and Quinn that he did stab a man in Nicaragua, but he survived. When Quinn threatens Mario with deportation, he shows his concern about his son, saying that he is a U.S. citizen.

Mario remains defiant during the interrogation until he finds out that King suggested they talk to him. He panics and begs them to send him back to Nicaragua, with or without his family.

Debra and Quinn eventually trick Mario into revealing George King's whereabouts. They do this by having Mario's trees trimmed, causing him to think that King is targeting him next.

Mario arrives at a job