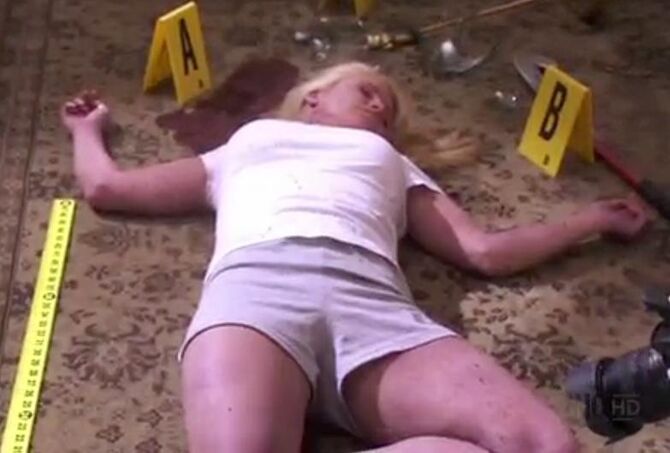 Lisa Morton is a character in Season Three of the Showtime series DEXTER.

She was a college Valedictorian who was murdered by Albert Chung.

Lisa attended Miami Central University where she was enrolled in the Criminal Justice program, and was a star sweeper on the University Women's Field Hockey team.

A criminal named Albert Chung broke into her house in order to steal a few valuables. Lisa interrupted him and tried to stop him, which resulted in her being stabbed by Albert with his screwdriver.

An article in the Miami Herald newspaper said that Albert had bound Lisa's hands with wire and tied her feet together with shoestrings. He also stuffed a sock into her mouth, wrapped her face with clear packaging tape, cut her her hair, and sexually assaulted her. Then he suffocated her, breaking her windpipe. [1]

During the process, Albert inadvertently cut his foot on a broken piece of glass. When he took his sock out of her mouth and put it back on, he left behind bloody sock prints.

Lisa and her parents
Add a photo to this gallery

Retrieved from "https://dexter.fandom.com/wiki/Lisa_Morton?oldid=105250"
Community content is available under CC-BY-SA unless otherwise noted.