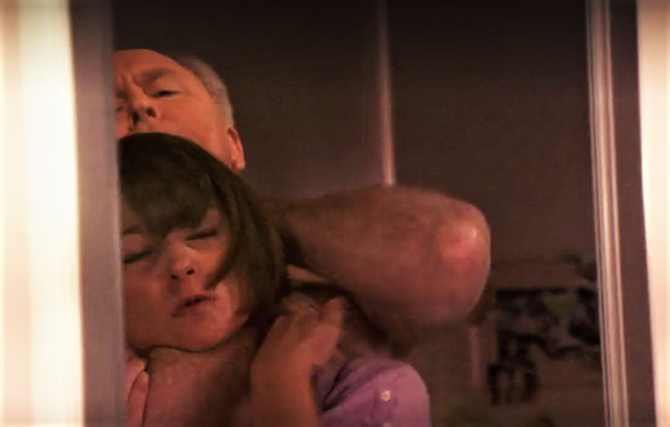 Lisa Bell is a character in Season Four of Showtime's series DEXTER.

She was a young woman who became the first shown victim of The Trinity Killer.

Lisa is ambushed in her bathroom by Arthur Mitchell. Both are then seen lying naked in the bathtub while she struggles. Arthur wraps his legs around her and holds her in a rear chokehold until she passes out, stating, "It's already over." He then cuts her femoral artery, which wakes her and she again tries to free herself. Arthur holds up a mirror so he can watch her facial expressions as she bleeds to death.

Frank Lundy, now retired, returns to Miami to help investigate her murder off the books.