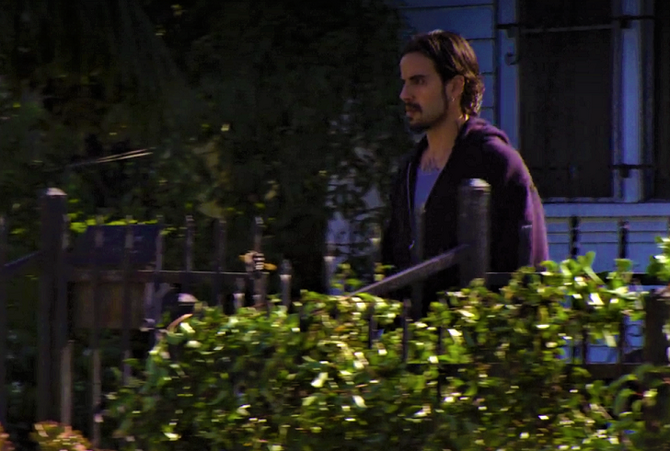 Killed in a shootout with the Miami Metro Police Department

At least one (indirectly)

He orders someone to commit murder for him, but will get his own hands dirty if the threat is personal enough

As the new shot caller, he orders Nick to kill Brother Sam to prove himself worthy to rejoin the Locosgang

Leo Hernandez is a character in Season Six of the Showtime series DEXTER.

He was the successor to Julio Benes as the shot caller for a Miami gang, Locos.

Leo accompanies Julio Benes and another gang member to retrieve Nick from Brother Sam's auto repair shop. Sam refuses to let Nick go with them and the situation turns dire. Dexter quickly hits Leo with a baseball bat, knocking him to the ground. Julio pulls a gun and nearly shoots Brother Sam until Dexter pulls out his forensic badge, saying he works for Miami Metro. The gang members leave for the time being, although spouting threats, with Sam declaring it a miracle. When Dexter kills Julio, Leo becomes the new shot caller.

Dexter believes Leo to be the murderer of Brother Sam and tracks him to a house with the intent of killing him. Meanwhile, Detective Mike Anderson finds out Leo's location from a junkie and several cops show up at the house while Dexter is waiting outside in his car. A shootout ensues, and Leo is left dead. Dexter then examines the crime scene.

While looking at the surveillance footage from Brother Sam's garage, he changes his mind about Leo being Sam's murderer. If it were indeed Leo, then Eli would have been barking in the footage. Since the dog only stayed calm around Brother Sam and Nick, Dexter concludes that Nick had shot Sam. This is later confirmed by both Sam and Nick before they died.

Dexter and body of Leo after shoot-out

Dexter with a drop of Leo's blood
Community content is available under CC-BY-SA unless otherwise noted.
Advertisement