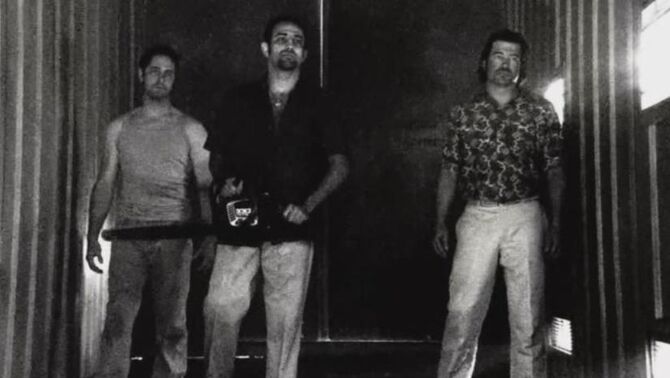 Laura Moser's Killers are characters in the Showtime series DEXTER.

They were a group of three men from a drug cartel who were responsible for the murder of Laura Moser (the mother of Dexter Morgan and Brian Moser).

A Miami drug lord, Hector Estrada, discovered that Laura Moser was a Confidential Informant for the Miami Metro Police Department and was in a relationship with Detective Harry Morgan. Estrada then ordered two of his men to kill Laura, along with three drug users who had stolen drugs from him. Estrada went with them to a cargo container where the deed was carried out by chainsaw. Young Dexter and Brian Moser were present, and witnessed the brutality. They later grew up to be serial killers who dismembered their victims.