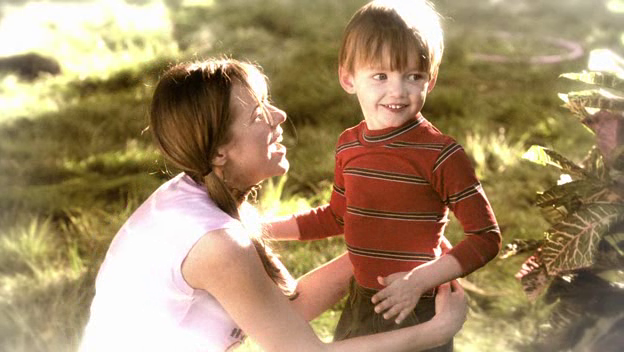 Killed by Santos Jimenez under orders
from Hector Estrada

Laura Lynn Moser is a character in the Showtime series DEXTER.

She is Dexter Morgan and Brian Moser's biological mother. She was brutally murdered in front of them when they were very young.

Little is known about Laura due to her limited screen time but from what was shown, she cared deeply for both Brian and Dexter. Her habit of painting each of her fingernails a different color became a factor in the Ice Truck Killer Case decades later.

Laura Lynn Moser was born on 20 June 1946 in Bannon, North Carolina to Dean Moser and Emily Moser. She graduated Sherman Valley High School in 1964 at the age of eighteen. Some time later, she met a man named Joe Driscoll and moved to Miami, Florida. With Driscoll, she had one confirmed son -- Dexter. It was never mentioned whether Driscoll was also the bio father of Brian.

At some point, Laura began to use drugs. An arrest led to her working as a confidential informant for the Miami Metro Police Department. During this time, she formed a secret romantic relationship with Officer Harry Morgan.

Harry's goal was to collect evidence against a drug lord, named Hector Estrada. While helping Harry, Laura became fearful for herself and her boys, but Harry insisted that she continue her job for him and obtain drugs from the cartel. Harry promised to protect her.

When the drug dealers found out that Laura was a police informant and had a personal relationship with a police officer, Estrada targeted her to be murdered.

As reported in an October 3,1973 news article: On October 2,1973, Laura Moser, her two young sons (Dexter and Brian), as well as three drug users, were forced into the shipping container CBAN 348 9 by Estrada and his two henchmen. Santos wielded a chainsaw, while the others prevented anyone from escaping.

As Dexter and Brian witnessed the brutal dismemberment of their mother, they became permanently damaged. The boys were subsequently left in the shipping container for two days until police found them, sitting in blood. The trauma of seeing their mother butchered caused them to develop murderous urges. Because he was so young, Dexter did not remember what happened until three decades later. However, Brian, who was a little older, never forgot the experience.

Dexter had a flashback of her when he returned to the Marina View Hotel, and entered the room that the Ice Truck Killer had covered in buckets of blood. Dexter remembered her telling him to close his eyes and that she loved him. He also remembered himself crying as she was murdered by chainsaw.

Dexter had another flashback of her when he went to her old house during his search for Debra. He remembered Laura playing hide-and-seek with him and Biney (Brian) when they were young..

Laura appeared in Dexter's dream when he, as The Dark Defender, saved her from her killers Following Lila West's advice, Dexter looked into his past and discovered that Laura was a police informant. Dexter listened to a recorded conversation between Laura and Harry and heard him ask Laura to get some drugs as evidence against drug dealers. This soon led to her being killed. Dexter also became aware that Laura and Harry had a more personal relationship.

Dexter learns more (from recordings) about his birth mother's secret relationship with his adoptive father, and questions Harry's motives about his own adoption.

While thinking about his relationship with Rita at a beach resort, he imagined his mother alongside Harry.

Laura's police files show up for the first time, Later, Dexter thought of her with Harry at his wedding.

Date of news article, a day apart from the massacre 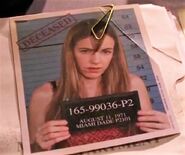 Dexter thinks about his mother

Dexter thoughts of Harry and Laura at his wedding
Español
Community content is available under CC-BY-SA unless otherwise noted.
Advertisement