At least 9 in Miami (including Isaak being killed by George)

Generally, shot or stabbed their victims

The desire for power and money
Revenge

Koshka Brotherhood are the Main Antagonists in Season Seven of the Showtime series DEXTER.

Based in Ukraine, it is a criminal organization with a reach extending to the other parts of the world, including the United States. Isaak Sirko is its powerful leader.

The Koshka Brotherhood specializes in human and heroin trafficking under cover of the strip clubs they own. Their main rivals in Miami are the Colombian drug cartels with whom they battle for control of the drug trade. 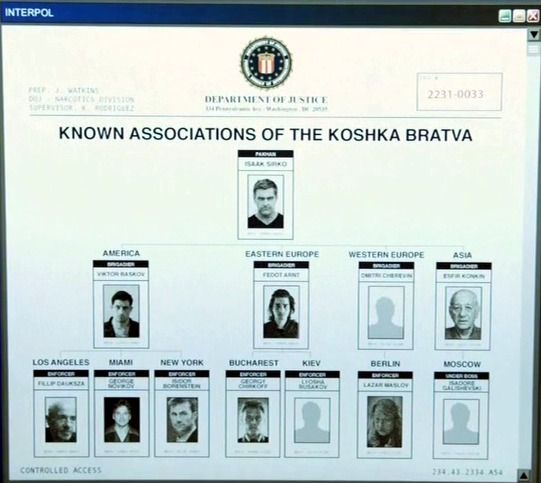