Kill Tools are Dexter Morgan's "tools of the trade" in the Showtime series DEXTER.

His brother, Brian Moser, used similar kill tools and dismembered his victims like Dexter (although Brian drained their blood, neatly wrapped up the parts, and left them out in plain sight).

Dexter typically stabs his victims in the heart, but he also uses other methods, such as sawing through a neck, beheading, or slashing / stabbing a carotid artery.

The most common, and some of the uncommon, methods that Dexter has killed his victims are listed below.

Dexter decides to dump his kill tools and his blood slide box into the ocean so there will be no trace of his secret life in case he becomes a suspect in the murder of Valerie Castillo. After he throws his kill tools overboard, he reminisces about his kills as he goes through the blood slides. He notices a smile scratched on Valerie's blood slide (the work of his "new friend" (The Ice Truck Killer) and he chooses to keep his trophies.

Dexter tricks James Doakes into drinking water with a sedative in it, which causes him to pass out. Dexter seizes this opportunity to roll Doakes' fingerprints onto his kill tools, in order to frame him for the Butcher murders.

The kill tools with Doakes' fingerprints are found by a scuba diving class, giving the police and the FBI further evidence of Doakes' guilt.

While Jordan Chase is admiring Dexter's knife kit, he notices that a knife is missing. Suddenly, Dexter pulls out the hidden knife out and stabs Jordan's foot, securing it to the floor.

Dexter takes on an apprentice, Zach Hamilton, who likewise acquires his own set of kill tools, but he's murdered by Oliver Saxon before he has the chance to use them.

Dexter abandons his kill tools when he captures Oliver Saxon, and his longing to be with Hannah overpowers his need to kill. He leaves the kill tools behind as evidence against Saxon when he is arrested. This plan fails, however, as Saxon is freed by U.S. Marshal Max Clayton and immediately kills Clayton (with one of Dexter's knives) and shoots Debra, whom Dexter had called to arrest Saxon.

In the comics, Dexter's kill tools are depicted for the first time in Dexter: Issue 3.

In the game, Dexter stores his tools in a wooden box with multiple compartments. The tools depicted include, but are not limited to:

Brian's kill tools, put in front of Dexter, so that he could kill Tony Tucci (Let's Give the Boy a Hand)

Dexter packs up his old kill tools, planning to dump them in ocean to avoid being caught (Return to Sender)

The kill tools are recovered by a Scuba-Diving class with Doakes' fingerprints on them and brought to the FBI, just as Dexter planned (Left Turn Ahead).

Dexter's newest set of kill tools (Are We There Yet?)

Zach's kill tools (Are We There Yet?)

Dexter decides to abandon his newest set of kill tools and leave them as evidence for Saxon's arrest (Monkey in a Box). 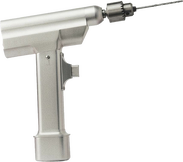 One type of drill used by Dexter
Add a photo to this gallery
Retrieved from "https://dexter.fandom.com/wiki/Kill_Tools?oldid=123069"
Community content is available under CC-BY-SA unless otherwise noted.