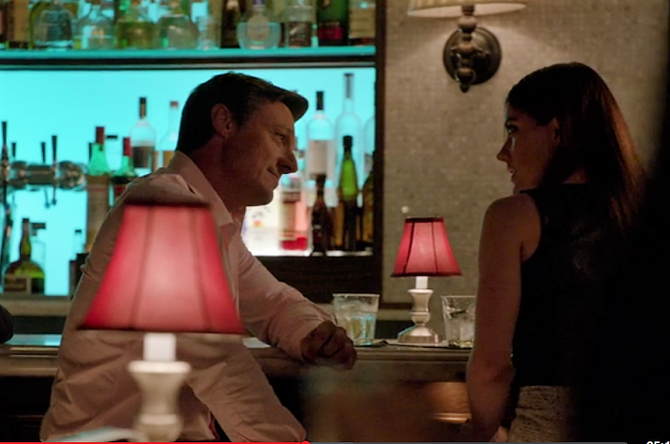 Real Estate Agent
Kevin Wyman is a character in Season Eight of the Showtime series DEXTER.

He is the unfaithful boyfriend of Jacob Elway’s sister.

Jacob Elway informs Debra Morgan about a personal case. He wants to catch his sister Susan’s boyfriend, Kevin Wyman, in the act of cheating on her. Elway says that Wyman is a notorious player who keeps a suite in the hotel where he frequents a singles bar. Elway says that if he and Debra go as a couple, they will be less conspicuous. The plan makes Debra uncomfortable and she is reluctant to scheme behind Susan’s back. When Elway mentions her paycheck, Debra finally agrees.

In the hotel bar, Jacob and Debra sit at a distance from Wyman and watch him try to pick up women. While they wait, Debra asks Elway about his relationship with his sister. He admits that it isn’t the best because, when he left home, Susan was just a kid and he didn’t bother to keep in touch.

Having no luck, Wyman leaves the bar. Debra offers to return the next night and set him up to see if he will take the bait. Elways says no at first, but Debra tells him that she did worse when she worked in Vice. Elway doesn’t fully approve but accepts her proposal, saying that he only needs a couple of photos of Wyman hitting on her. Debra makes a joke about marrying Wyman and popping out a couple of babies, which makes Elway laugh.

On the next night, Elway is waiting in the hotel when Debra arrives wearing a short skirt and a tight top. Elway stumbles for words, admitting that she looks incredible. He adds that she didn’t leave him a lot of places to put the transmitter. Debra takes the equipment, pulls up her skirt, and straps the transmitter to her thigh. She then tucks the mike inside her top. Debra tests the mike by saying, “You blush like a little girl."

Later, Elway watches Wyman and Debra sit together at the bar. They engage in flirtatious conversation, with Wyman soon suggesting they go to his suite. Debra agrees and they walk off together with Elway following behind, fuming with anger.

At the elevator door, Wyman tries to kiss Debra but she pulls away, saying,”Save it for the room.” When Wyman tries again, Elway steps up and punches him. He orders Wyman to immediately call Susan and tell her it’s over. Otherwise, Elway threatens to send an email to her with a video attachment. Wyman agrees to break up with Susan and takes off. Debra confronts Elway about his behavior. He apologizes, saying that he couldn’t stand to see Wyman pawing all over her.

Elway later tells Debra that Wyman did break up with Susan. However, she can’t stop crying because she thinks she wasn’t good enough for him, and Elway feels guilty for causing her sadness.

Hotel where Wyman has a suite

Wyman hanging out at hotel bar

Elway and Debra before the sting

Wyman and Deb at elevator