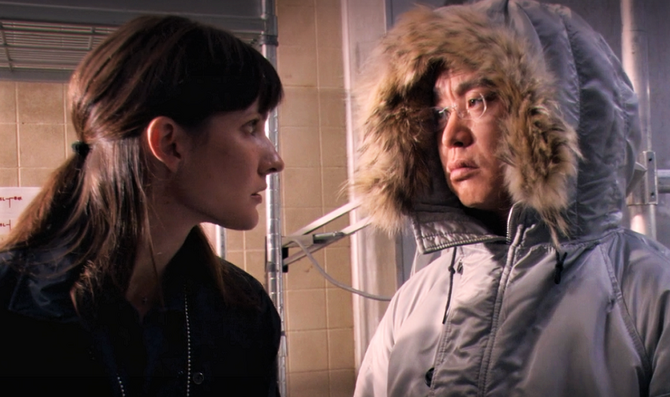 Karen is a character in the Showtime series DEXTER.

She is a forensic technician who works for Miami Metro Police Department.

Karen first appears working in Brian Moser's residence, where The Ice Truck Killer dismembered the prostitutes. Dexter, dealing with the disappearance of his sister, orders Karen to meticulously collect every bit of evidence and take charge of it. After he rapidly runs through a list of her duties, Karen asks Vince Masuka if Dexter is in charge. Masuka responds by saying, "I guess he is now."

Other crime scenes where Karen appears include the Cabin in the Everglades, Oscar Prado's murder, and Lisa Bell's murder. She also attends Dexter and Rita's wedding, along with most of Miami Metro Homicide.

As a background character, she is one of the few that is credited with her name or as "Technician" and also speaks a few lines in her roles.

Body is discovered near the Cabin in the Everglades