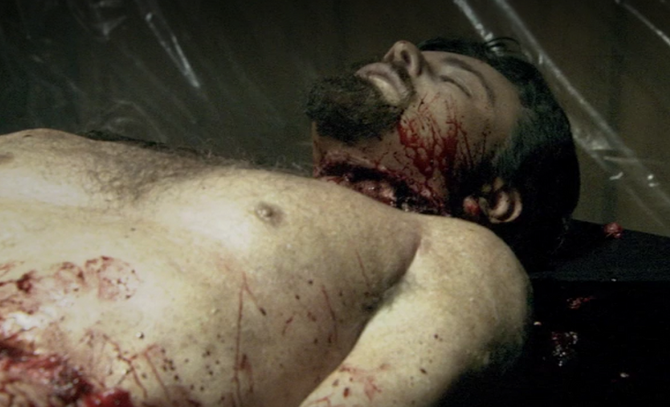 There's Something About Harry

No specific case mentioned
Juan Ryness is a character in the Showtime series DEXTER.

He was a pimp who was Dexter Morgan's fourth human victim. He only appeared in flashbacks or dreams, and was never seen alive.

Juan was a pimp who murdered one of his prostitutes and Harry's partner.

(Flashback) After Juan is arrested by Detective Harry Morgan for killing one of his prostitutes, he is let off due to a faulty warrant. When Thomas Matthews visits Harry during Debra's birthday party to inform him of Juan's release, Harry loses his temper. Afterward, he tells Dexter that he was right in training him.

Dexter feels proud when he kills him. Unfortunately, Harry inadvertently walks into the kill room to find his son dismembering Juan -- and he vomits. Dexter doesn't understand Harry's reaction, as he thought Harry would be pleased.

Years later, Dexter learns from Thomas Matthews that Harry committed suicide three days after seeing him cutting up Juan, rather than dying of natural causes as he had previously believed. Dexter realizes that Harry was unable to face the reality of what he trained his son to do.

Dexter dreams of dismembering Juan, but the situation repeats with Miguel Prado (instead of Harry) who, instead of vomiting, is absolutely neutral to the corpse.

While talking to Evelyn Vogel, Harry describes how he walked in on Dexter dismembering the man who killed his partner. The man is referred to as a drug dealer, not a pimp. .

Harry is shocked by the sight of Juan being dismembered