In 2009, he played Arthur Mitchell, aka The Trinity Killer, in the Showtime series DEXTER.

On the stage, he has appeared in Broadway productions including the musical adaptations of Sweet Smell of Success and Dirty Rotten Scoundrels. In 2007, he made his Royal Shakespeare Company debut as Malvolio in Neil Bartlett's production of Twelfth Night. He has also recorded music, such as the 1999 children's music album Singin' in the Bathtub, and has written poetry and short stories for children, such as Marsupial Sue. His work in children's entertainment has earned him Grammy Award nominations and two Parents' Choice Silver Honor Awards.

He has received two Tony Awards, six Emmy Awards, two Golden Globe Awards, three Screen Actors Guild Awards, an American Comedy Award, four Drama Desk Awards, and has been nominated for two Academy Awards and four Grammy Awards. Lithgow has received a star on the Hollywood Walk of Fame and has been inducted into the American Theater Hall of Fame. 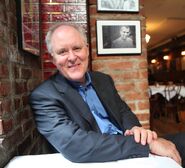 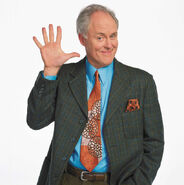 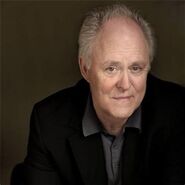 Add a photo to this gallery
Retrieved from "https://dexter.fandom.com/wiki/John_Lithgow?oldid=100663"
Community content is available under CC-BY-SA unless otherwise noted.