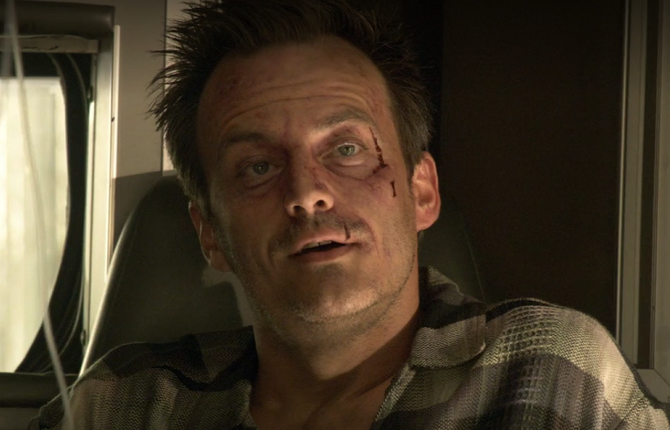 He breaks into elderly people's retirement homes to rob them. If interrupted, he will act violently. His first and only victim died inadvertently from a heart attack. His next victim was beaten but not killed.

To obtain money and valuable items

John Henry is a character in Season Two of the Showtime series DEXTER.

He was a petty burglar who targeted the elderly living in retirement homes.

Not much is known about his early years as a criminal but, six years ago, he specialized in breaking into old people's homes. During one of these home invasions, John surprised a man who died from a heart. He also broke into the house of a woman (Ken Olson's mother) whom he assaulted. John then spent six years in prison for for that B&E.

After John was released from prison, he was targeted by Ken Olson, the son of the woman he assaulted six years ago. Ken captured him, brought him to a train yard, and tied him up with rope.

Ken told John that The Bay Harbor Butcher was going to clean up the streets of Miami. John managed to break free and escape. He called the police and informed them of his situation, believing that he had been kidnapped by the "Butcher."

Lundy and Debra question John Henry after he was attacked 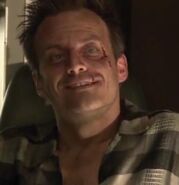