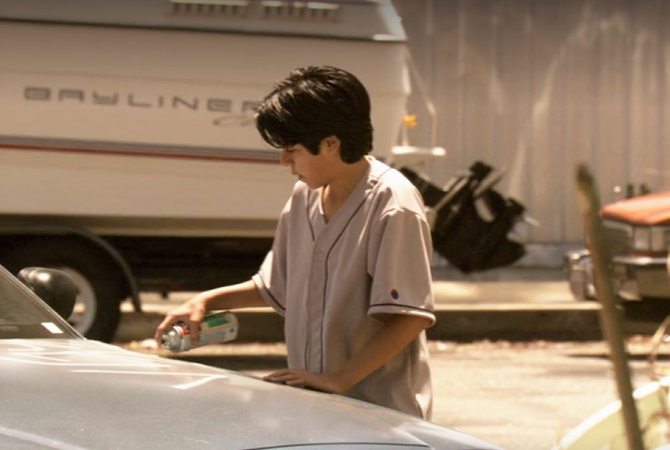 Joey Nunez is a character in Season Two of Showtime's series DEXTER.

He is a local kid who lives in the the territory of the 29th Street Kings.

Joey is present at the the crime scene where Eva Arenas is found dead. He insults the police for never doing anything, Later, after being caught by Officer Debra Morgan for spray painting her cop car, he snitches on the entire gang who are put into cuffs, except for Little Chino. He escapes and hunts down Joey.

Meanwhile, Dexter tracks down Little Chino before he can kill Joey. He tranquilizes Little Chino, takes him out on a dolly, and finally kills him.

Joey hears a noise nearby and looks at the elevator door, but sees no one.

Add a photo to this gallery
Retrieved from "https://dexter.fandom.com/wiki/Joey_Nunez?oldid=104789"
Community content is available under CC-BY-SA unless otherwise noted.