He played George King, a tree-trimmer and a serial killer called The Skinner, on Showtime's DEXTER.

Growing up, Jesse often danced with his sister Marina, winning several dance contests. Between 1984-1987, he was a regular on the TV series Fame. In 1989, he appeared on an episode of Married... with Children. In addition to many performances on stage and in films such as Blood In, Blood Out and Follow Me Home, he began Lupita Productions in 1990. It has since produced theatrical productions, concerts, and two 16mm short films: "El Suendo de Simon" (1993) by James Borrego and "Flattime" (1995) by Jimmy Santiago Baca. Recently, Borrego directed the no-budget indie film titled Closer to Bottom which premiered at the inaugural Austin Indie Fest in 2017 and won an award for Best Made in Texas Feature Film.

Borrego was born in San Antonio, Texas and is the 2nd to the oldest of five children. Borrego lived with his grandparents during his high school years. After graduating from Harlandale High School, he attended University of the Incarnate Word, studying theater and dance, and The California Institute of the Arts where he earned a degree in Performance in 1984. He is married to Valeria Hernandez, and they have one child together. 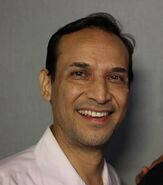 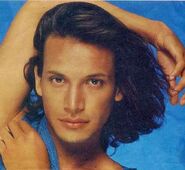