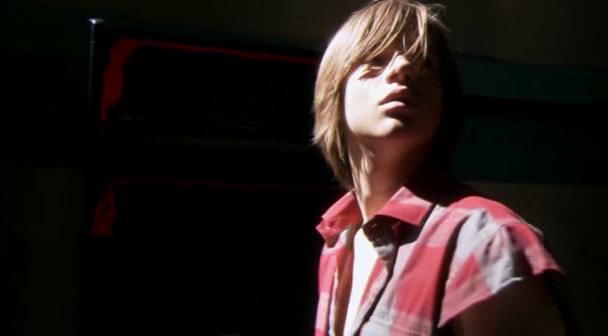 He stated he feels "empty" and is looking for a way to fill the emptiness
Jeremy Downs is a character in Season One of the Showtime series DEXTER.

He was a young man responsible for the death of another boy when he was fifteen and after his release, Dexter Morgan investigates if he still possesses the instinct of a killer.

At the age of fifteen, Jeremy was raped, fueling a desire for revenge. He later led the guy to a pond within a South Miami park under the pretense of watching alligators. He then killed him brutally with a knife and robbed him, entering custody shortly thereafter. He was convicted of manslaughter due to the coroner's report that the knife strokes appeared random and impulsive, and was sentenced to four years in the Dade County Youth Correction Facility.

Dexter began tracking Jeremy when he observed the report, noticing that the knife strokes targeted major arteries, including the femoral, brachial and carotid. Dexter marked his calendar waiting for Jeremy's release, intending to add him to his table.

Jeremy, now nineteen years old, is released after serving his sentence proceeding to live in the Homestead Halfway House. Dexter is there to witness his release and later hunts him down at a marketplace, observing as he inspects a knife vendor's wares. After paying the man for a blade and while waiting for change, Jeremy enters a stance and starts slashing it around in the air. He nearly comes in contact with Dexter who catches his hand. The vendor chastises Jeremy as he returns the change along with a sheath for the blade. Jeremy leaves the area, while Dexter ponders his own youth, relating it to his target.

A short time later, as Dexter is staking out the halfway house, Jeremy and another boy named Lucas exit the building heading off towards a nearby swamp under the pretense that they would be watching alligators. Dexter believes he intends to recreate his first kill and follows the two, keeping a distance as Lucas becomes increasingly more concerned for his safety. When it becomes apparent there is no alligator, Lucas turns his attention to Jeremy, who reaches for his knife. Dexter interrupts the boys, who both panic and flee the area while Dexter actually encounters an alligator, stumbling towards his own safety. When Dexter returns to his car, he finds the window smashed and his wallet missing.

Later that night, Jeremy is alone in the halfway house, playing an arcade game, when Dexter shuts off the lights and attacks Jeremy. While being pressed against a pillar face first, Jeremy threatens to kill Dexter like "the last guy" who raped him, implying that his first murder was actually self-defense. When Dexter asks why he never told the police about it, Jeremy says that he was too ashamed. Dexter quickly changes his own story to being that he followed Jeremy to get his wallet back. Before leaving, Dexter warns him that, while his first victim may have deserved to die, the boy Jeremy almost attacked in the swamp didn't, and encourages him to only kill those who deserve to die.

Jason Riech's body is found with wounds matching those of Jeremy's first victim, and Dexter realizes that Jeremy was the killer. Dexter returns to the halfway house, where he learns from another boy that Jeremy sells sexual favors to random men in Flamingo Park.

Dexter, wearing dark sunglasses and a hoodie, follows Jeremy through the park. Jeremy turns around and asks Dexter if he wants company. Dexter orders him to keep walking and look ahead. Jeremy suggests they go into the mangroves, but Dexter says it's too public. Dexter mentions that his car is in the parking lot and Jeremy asks if the windows are tinted. Dexter again tells him to keep his eyes front.

Suddenly, Jeremy stops walking and Dexter asks what's wrong. Just then, Sgt. James Doakes runs past Dexter, yelling to get the fuck out of his way. Dexter immediately hides behind a tree and watches Doakes and two other cops arrest and handcuff Jeremy. Dexter sighs in relief as none of them seem to have recognized him.

While Jeremy is detained, he reveals to Dexter that he kills because he is trying desperately to feel something and hates that he always feels "empty." Dexter tells Jeremy that he is just like him, and advises Jeremy to pretend to have feelings. Soon after, he finds that Jeremy took his advice and killed someone who deserved to die: himself.

Image of skull tattoo on neck 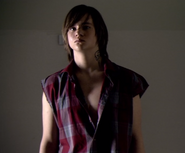 Doakes and Pullman bring in Jeremy