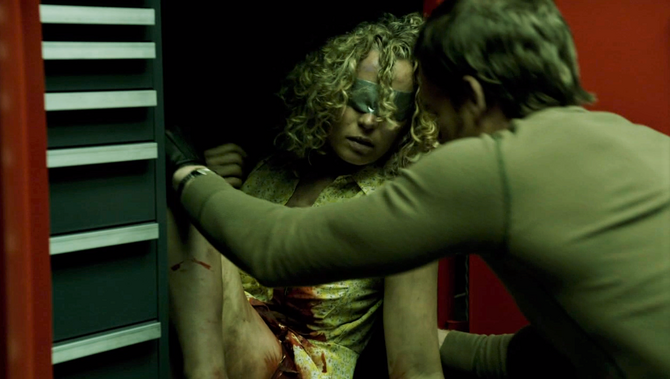 Janet Thorton is a character in Season Eight of the Showtime series DEXTER.

She is an attempted victim of A.J. Yates.

Janet is first seen, unconscious, in the background while Yates is observing Vogel's "hero" Dexter Morgan on a security camera.

Later, Dexter breaks into A.J.'s house again. As he is searching through his lair, he hears a thud and discovers Janet inside a cabinet. She is nearly dead, having suffered a stab wound to her left pulmonary artery. Dexter rescues her and drops her near an ER.

Janet is later mentioned by Angel Batista as being in the hospital and agreeing to testify against Yates.