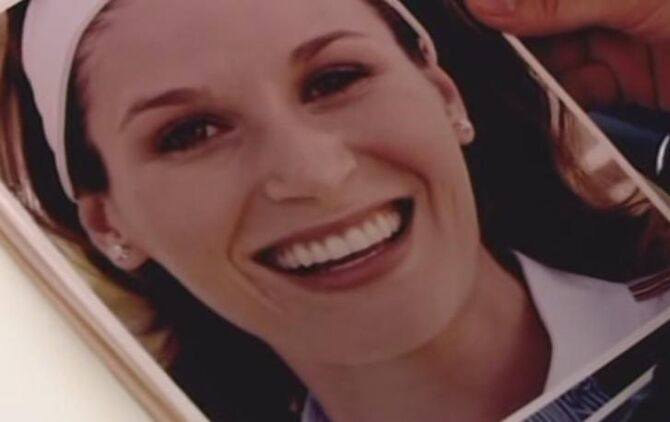 Jane Saunders is a character in Season One of the Showtime series DEXTER.

She was a pretty brunette and the mother of two, married to a successful banker. Unfortunately, she met a tragic end when she was murdered by Jamie Jaworski.

Dexter stalked Jamie Jaworski and found enough evidence to prove that he had killed Jane Saunders. He followed him to a construction site for Baywater Luxury Apartments, where Jaworski was stealing the copper pipes to sell for a lot of money. No security guards were there to stop him.

While cutting the pipes, Jaworski was tipped off by a noise and a shadow that someone else was there. He moved stealthily throughout the building until he spotted a picture of Jane hanging in front of him. Puzzled, he stared at the photo. From behind, Dexter made his move and injected Jaworski with M99. He placed him on his table, choose a kill tool, ripped the tape from Jaworski's mouth, and said, "Talk!"

Jamie Jaworski rapes and kills Jane
Add a photo to this gallery
Retrieved from "https://dexter.fandom.com/wiki/Jane_Saunders?oldid=108603"
Community content is available under CC-BY-SA unless otherwise noted.