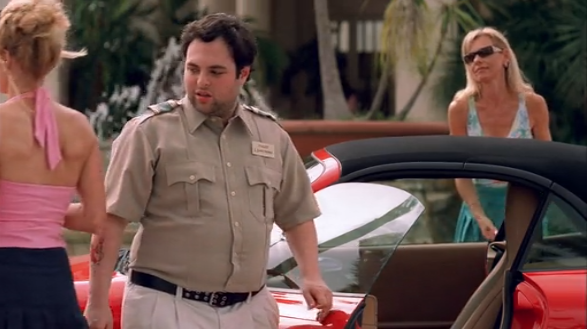 He first bound his victim, then he raped and killed her with a knife while taping himself doing the deed.

Body was left where he killed her

Jamie Jaworski was a character in the Showtime series DEXTER

He was a parking valet with a taste for sexual sadism.

Jaworski worked as a parking valet, and used his job to find his murder victim, Jane Saunders. He kidnapped her and killed her a snuff film. During his trial, Jaworski escaped justice due to a faulty search warrant.

While stalking him, Dexter noticed a distinct tattoo on Jaworski's right forearm. To confirm that he was a killer, Dexter broke into Jaworski's house, where he was almost attacked by an unnamed dog. As Dexter searched the house, he discovered that Jaworski had recorded the rape and murder of Jane and posted it to his own S&M website named "Scream Bitch Scream." The tattoo matched the one visible in the snuff film, proving Jaworski's guilt.

On the night of his death, Jamie was trespassing on a construction site to steal copper piping. Dexter managed to surprise him with a photo of Jane and inject him with M99. Jaworski was restrained to a stack of sheet rock, where Dexter cut off his head with a cleaver. Jaworski admitted his crime, but showed no remorse.

Jaworski also appears in Dexter: The Game, where he's identical to the series but he can be spared if the player wants to increase his "Mask" counter.

Jamie, checking out his next intended victim

His tattoo seen in the snuff film - guilt confirmed

Jamie as he appears in the video game, having red hair instead of black