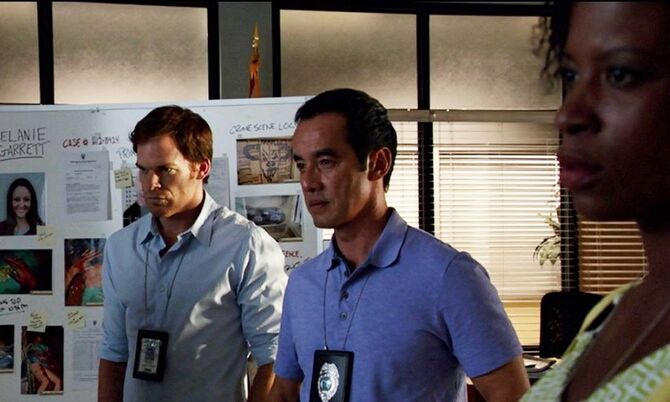 Detective Jake Simms is a character in the Showtime series DEXTER.

He is one of many detectives in the Miami Metro Homicide Department, first appearing during the Ice Truck Killer Case.

Simms is a middle-aged Hispanic man with slightly spiked black hair. He is a physically fit man, thus more of an imposing member on the force than a typical background character.

Unlike most of the background detectives, Simms actually speaks on several occasions. During the Ice Truck Killer Case, he offers constructive criticism on how to pursue the case. He also represents the other officers feelings during the change in authority from Maria LaGuerta to Esmée Pascal.

Later, he is shown reacting with shock, along with the rest of Miami Metro, when Maria LaGuerta arrests Dexter Morgan. 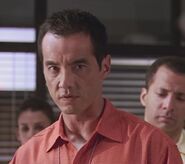 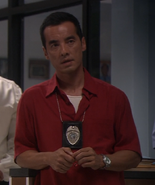 Simms in "Let's Give the Boy a Hand" - first appearance
Community content is available under CC-BY-SA unless otherwise noted.
Advertisement